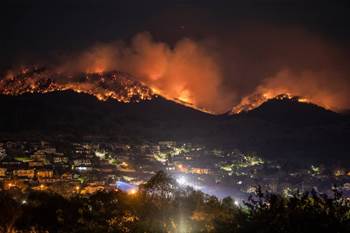 The Australian National University and Optus have partnered to develop a national bushfire detection system to autonomously locate and extinguish bushfires before they can spread.

Early stages of the program will trial infrared cameras deployed across the Australian Capital Territory in partnership with the ACT Rural Fire Service.

The long-range systems will be placed on towers in bushfire-prone areas and be complemented by a ground-based low-power wide area network of meshed sensors, allowing the RFS to visually monitor and identify bushfires before they get out of control, ideally within 60 seconds of ignition.

"Our infrared sensor pilot will be the first of many technologies which [will be] tested for early detection, which is absolutely critical to containing disasters before they destroy lives, homes, wildlife and the environment,” Optus Enterprise managing director Chris Mitchell said.

ANU plans to develop a low-cost autonomous “water glider” drone to quickly and accurately suppress small fires at any time of day or night and in all weather conditions, extinguishing blazes within 5 minutes of ignition.

Demonstrations of this technology will be conducted with fire management agencies within the first year, with results of the proof-of-concept trials shaping future research into bushfire defence systems.

The partnership also proposes to launch a constellation of low Earth orbit satellites by 2022 as part of a broader national defence system.

ANU said the space-based fire detection capability will then be developed to provide “much greater sensitivity and ground resolution than existing geostationary Earth observation solutions” with new sensing instruments attached to Optus’ next generation of geostationary communications satellites.

ACT RFS acting chief officer Rohan Scott said the pilot with ANU and Optus, supported by the Minderoo Foundation, could be lifesaving work.

"If we are able to improve the speed and accuracy of fire detection it ultimately means we can improve our response and better protect communities and landscapes," Scott said in a statement.

ANU vice-chancellor, Professor Brian Schmidt thanked Optus for their support in the project “that will only become more essential as fires become more frequent, larger and deadly.”

Modelling from ANU suggests bushfires could cost the nation at least $30 billion in the next 30 years, with investment in early bushfire detection potentially saving $8.2 billion over the same time period.

"When it comes to fires, every second counts and there is no point detecting fires quickly if they cannot be extinguished quickly,” Schmidt said.