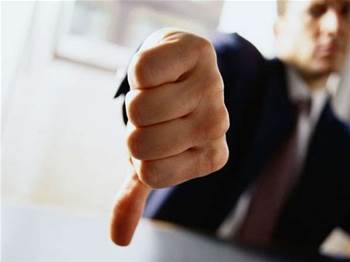 The Federal Government’s decision to scrap OPEL’s $1 billion regional broadband network was based on flawed data according to Optus chief executive Paul O’Sullivan.

Earlier today, Communications Minister, Stephen Conroy, announced that the OPEL consortium’s plans to build a $1 billion broadband network would be cancelled for failing to provide the required coverage to under-served premises - areas with no connection.

Analysis performed by Conroy’s Department of Broadband, Communications and the Digital Economy (DBCDE), found that the OPEL network would cover only 72 percent of identified under-served premises, rather than the required 90 percent set out in its Implementation Plan.

However, according to Optus’s O’Sullivan, the data used by Conroy’s Department was inaccurate.

O’Sullivan said OPEL was successful in its tender with the previous Government after it was found to serve a potential 526,474 under-served premises. After lodging an Implementation Plan in early January this year, OPEL showed it was able to lift its target of deliverable broadband coverage to almost 900,000 under-served households in rural and remote Australia - 70 percent more than the previous Government had assessed, O’Sullivan said.

“In our view, the Department of Broadband, Communications and the Digital Economy has now made a flawed recommendation to the Minister – reflecting serious errors in its database of ‘underserved premises’ which led it to underestimate the number which would benefit,” he said.

O’Sullivan complained that since the new Government came into power, dialogue between Conroy’s Department and OPEL had been minimal. He also claimed information was not provided to OPEL in accordance with its contract.

“We believe this would confirm that our claimed coverage accurately reflects the definitions in the Department’s Guidelines issued in September 2006, and delivers within the agreed 90 percent tolerance levels upon the coverage we committed to provide in our winning bid.

“We call on the Government to take up this offer of independent expert advice and reconsider its decision.

“The incumbent monopolist, which has protested violently at the prospect of facing significant additional competition in rural Australia, has been generously protected by this decision,” he said.

“The implications of this decision for confidence in future competitive selection processes conducted by this Government will need careful consideration."