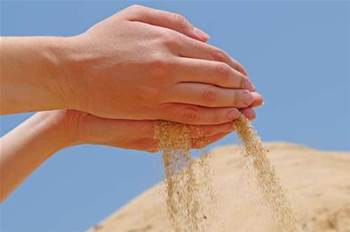 May launch details out of the bag?

ISP Optus has refused to confirm whether a Whirlpool posting purported to be a leak of new "unlimited download" cable broadband plans is the real deal.

A post by user Tre Stylez, which the user deleted from the Whirlpool site within 45 minutes of the post being brought to the telco's attention, purported to be a leak of new plans scheduled for release in May, promising cable plans with between 120 and 200 GB of downloads.

Of particular interest were two "unlimited" plans - offering 100 GB and 200 GB of data respectively that could be used at any time of day (i.e. not divided into peak and off-peak limits).

They were said to cost between $100 and $130 a month bundled with a phone connection, with the speeds throttled to 256 Kbps once the download limit was reached.

A number of changes were also listed for the ISP's Fusion cable and voice bundle plans that included "unlimited" calls and substantially higher broadband data limits.

An Optus spokesman labeled the plans as mere "rumours".

"Whenever we do release plans for any of our products, we will let our customers and staff know officially - as well as our friends on Whirlpool!!"

iTnews was unable to independently confirm the veracity of the apparent leak. But the deletion of the original post - and the level of detail it contained - raised suspicions that it was genuine.

The original poster later responded to a suggestion he or she had received a "please cease and desist from Optus" in relation to the post.

"Nothing that bad, someone made a mistake and I don't want to cause them any grief," the poster replied.

The plans had caused excitement among customers, with several reporting they wanted to drop down to better value plans or hold off plan upgrades until May.

Unlimited broadband plans were increasingly being considered by telcos and ISPs in the wake of AAPT's much-publicised plans.