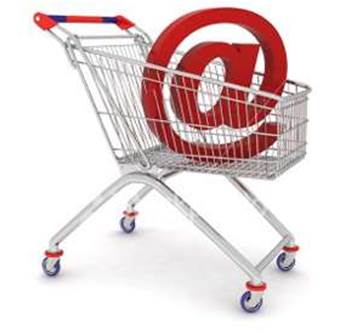 Optus has argued in the Federal Court that it is not possible to disclose every feature of a broadband product in TV and billboard advertising, and that it should have been permissable to make certain disclosures at the point-of-sale such as a retail store or website instead.

The carrier was the subject of a court challenge by the Australian Competition and Consumer Commission (ACCC) on advertisements for broadband and phone bundles that the watchdog claimed were deceptive and misleading.

It centred on apparent limitations of the plans - including the throttling of broadband speeds once the user hit a certain download quota - and whether these limitations were made clear in advertisements.

The ISP's lead barrister Steven Finch SC said today that "short form" advertisements put forward a "certain amount of data" to get a consumer's attention but only served to "put the consumer on inquiry" - requiring them to follow up through other channels, because TV and billboards did not provide an immediate way to make a purchase.

"One can't buy the product from the billboard," Finch said.

"And unless I'm in a traffic jam, I'm not going to be around long enough for a discursive transaction [on how the throttling of the connection works and in what circumstances].

"Not every feature can be disclosed at the same time and given the same weight. Of course, it's fair enough to observe there may be a dominant image [in the ad], but one can't second-guess what might be complained about and give equal weight of features in every advertisement.

"All one needs is a sufficient flag that puts the consumer on inquiry."

Finch argued that once a consumer was put "on inquiry", Optus could rely on disclosures made on its website and at the point of sale "because one has to go to those sites with questions in mind."

"If one doesn't [visit the website before making a purchase], we say they haven't taken sufficient care to see what's being sold [to them]," Finch said.

Finch said that consumers were aware from the advertisements that they were looking at a "structured" plan that bundled phone and broadband services and that a "logical inquiry" was to ask 'what happens if I hit the wall?' on a particular aspect - for example, the download quota.

Optus attempted - through its defence - to establish that consumers that saw advertisements for broadband did their research before taking up a connection.

The carrier attempted to introduce web statistics and the results of a customer survey to prove the amount of research a consumer undertook before they signed a broadband contract.

It argued that the broader context in which advertisements were viewed - not just the initial viewing of the advertisement - should be taken into account when deciding whether or not Optus had provided adequate disclosure of the product's limits.

"Broadband access is a complex product that has a number of features that are important including the size, structure and speed of the product.

"One can't simply turn up to a website and say, 'I'd like some broadband thanks', put it in a shopping trolley and leave."

He said that consumers buying broadband products were aware of the limits of taking up a service and knew they could not expect broadband speeds to continue once their contracted allotment ran out.

"Once you've bought a certain amount of broadband, you can't expect to have broadband once it runs out," Finch said.

"The question is, are the limits appropriately flagged? Have we adequately flagged the significance of the peak [download limit] and could we do more?

"[We say] the consumer is already on notice when coming into the purchase about how much data they will get. These aren't the sort of questions a person walking down the aisle of a supermarket is asking themselves."

Finch also addressed earlier claims by the ACCC that Optus should specify that a throttled internet connection was "sub-broadband".

He said it was "not right" to treat throttling as a "hidden danger about which a warning must be given."

"It's best to regard features of products as just that," Finch said.

"We say that [64 Kbps throttling] must be sufficiently notorious to the type of user that is going to buy broadband."