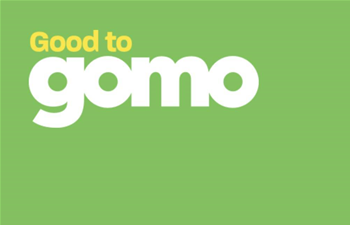 A fortnight after flagging its imminent arrival.

Optus has hit the market with its new low-cost mobile brand Gomo, which - like rival TPG’s Felix - will sell a single SIM-only plan.

The telco said that Gomo’s lone plan would cost $25 a month and include 18GB of data and unlimited calls within Australia and to “standard numbers” in 15 countries.

It will offer 5GB data add-ons for $5 in the event that a user goes over the initial 18GB.

Optus launched an aggressive promotion for Gomo, offering the first 5000 customers their first month for $1 and three months free if they stayed connected for three months.

“Gomo is the go-to solution for Australians who just want more affordable, mobile connectivity, plain and easy,” Optus managing director of marketing and revenue Matt Williams said in a statement.

“We know customers prefer digital service options, so we’ve prioritised that in our offering, along with flexibility and simple activation, so value-seekers get everything they want, and nothing they don’t.”

Optus has moved relatively quickly to bring Gomo to market, having only announced its intention to do so on November 2.

However, it has done so against the backdrop of competitive services being offered by rivals.

Both Felix and Gomo are seen as attempts to counter the rise and growth of Telstra’s digital-only telco Belong.