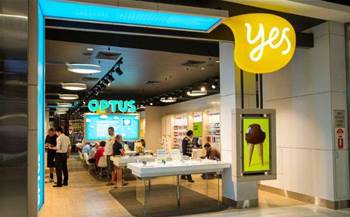 With the majority of benefits set to flow to Telstra.

Optus has portrayed the Telstra-TPG network sharing deal as "uniquely one-sided", heavily geared in Telstra’s favour, as it steps up opposition to the agreement.

The telco also said the deal threatened its future investments in regional Australia, which it said were already under threat due to “historic low industry returns, market imbalances in spectrum and the significant costs” of replacing legacy Huawei kit to meet government security rules.

Optus has voiced opposition to the Telstra-TPG agreement more or less since it was first announced earlier this year.

In written comments to the ACCC, partially released today, Optus argued the arrangement, if approved, “will strengthen Telstra, weaken Optus and the competitive pressure that Optus imposes on Telstra.”

Optus argued the agreement should be vetoed on the spectrum sharing clauses alone.

Pooled spectrum would afford Telstra access “to as much as 75 percent of the available spectrum in some key spectrum bands, especially those critical to the delivery of 5G services,” Optus said.

“Telstra will have the ability to offer a 5G speed up to 10 times faster than Optus could offer given the spectrum imbalance.”

Optus also attacked the proposed deal itself, attempting to undermine it by portraying the terms as lopsided and favouring Telstra.

“TPG… will be dependent on Telstra’s network, with Telstra dictating the nature of its service through the uniquely one-sided network sharing arrangement,” Optus said.

By not having its own infrastructure in regional Australia, TPG would “lose options to differentiate on service quality or any network-related features.”

Optus added that the deal would “further marginalise” TPG as a competitor to Telstra.

Rickards backed TPG's ability to use the Telstra network to win overall market share, including from Telstra itself.

"TPG’s entire reason for this deal is to increase the size of its network so it can win customers from both Telstra and Optus, meaning all mobile consumers will benefit from greater choice and competition," he said.

Rickards added that Optus threat not to continue investing in regional network "does not make sense."

"Optus is afraid of having its regional duopoly exposed to the forces of competition for the first time," he said.

A Telstra spoksperson accused Optus of opposing the deal only out of "self-interest".

"Optus’ only reason for opposing the deal is self-interest – it would rather protect its own position than support an innovative deal to provide more capacity and competition in regional Australia," the spokesperson said.

Optus’ full submission to the ACCC inquiry isn’t public yet, though a couple of others that are also critical of the Telstra-TPG tie-up have emerged in recent days.

Symbio [pdf] opposed the deal because it would leave too much low-band regional spectrum concentrated with Telstra and Optus.

“This is likely to foreclose market entry by new and innovative players in the market,” it said.

In addition, an anonymous [pdf] - though professionally-prepared - submission also argues against the deal. It similarly claims the tie-up will diminish TPG’s competitive position in the mobile market.

“That is true despite the fact that TPG would contribute some surplus spectrum to the proposed merger.

“Following the next round of spectrum auctions in 2028, when TPG will have no interest in bidding, it will certainly be no more than ‘just another MVNO’.”