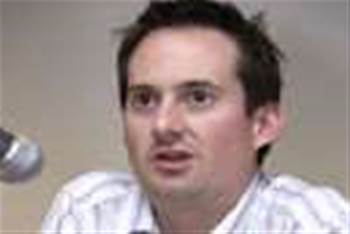 Last Friday was a sad day for business users of the Mac platform: Apple announced that, from next January, it will no longer sell the Xserve.

Apple will continue to support its 1U server box until the end of the customer’s warranty. But for anyone wanting a new Mac server, the choices are either a Mac Pro tower, or the server version of the Mac Mini.

The Mac Mini server is a great little box for small businesses, as it is cheap, compact and quiet. At the SoHo end of the market, though, Apple faces stiff competition from network attached storage.

NAS drives might not do everything the Mac Mini Server can, but they can do most of what most very small businesses need to do in house. The rest – such as hosting email or instant messaging – can be done just as well, if not better, in the cloud.

The Mac Pro server, too, is a curious beast. The Mac Pro has plenty of horsepower, but that horsepower is not really where you want it in a server. Most businesses run their servers “headless”, without a monitor, but the Mac Pro server has a pretty decent graphics card, for example. It does have two network ports, but has only one power supply, and, as the drives are inside a tower case with no external access, they cannot be hot swapped. Nor is there a lights-out management option for the Mac Pro.

More important still, for enterprises and for many smaller firms, is the physical form factor of the Mac Pro. Apple’s argument that businesses can fit two Mac Pro tower servers on a shelf in a 12U space is simply daft.

Two similarly-specced Xserves, admittedly with slightly less internal storage capacity, take up 2U of space. Vendors such as HP, Dell and Gateway manage to fit 16 – yes 16 – hard drive bays into a server taking up 2U of space. And a lot of smaller offices, having bought racking for an Xserve, won't  have 12U of spare space for a Mac Pro.

Aside from my duties at IT PRO, I run a video production business, exactly the type of outfit that Apple targets.

We specifically moved from – yes – a Mac Pro set up as a server to an Xserve, because it could go in a rack. The other equipment, including switches, the router, and a NAS used for archiving projects, is all rackmounted. So having the Xserve in a rack makes for a much neater system. This applies whether you have one rack in the corner of an office, or a purpose-built data centre.

When it comes to replace the Xserve, we will be forced either to reconfigure all the IT kit in the rack, or to look at a Linux server. But there is another option, if Apple chooses to allow it.

It is probably a step too far for Apple to support OSX Server directly on HP, Dell or IBM boxes. But Cupertino could easily allow customers to host OSX server on a hypervisor, ideally VMWare.

It already supports Parallels Server, but only on Apple hardware. Removing that restriction would give an upgrade path to Xserve users, and might even see OSX Server win more friends in the enterprise.

Stephen Pritchard is a contributing editor at itpro.co.uk Comments? Questions? You can email him here.

Got a news tip for our journalists? Share it with us anonymously here.
Copyright © ITPro, Dennis Publishing
Tags:
appleenterprisehardwaremac minimac proparallelsrackssoftwarevirtualisationvirtualizationvmwarexserve