Opinion: Is Brisbane's fibre project really a win for Conroy? 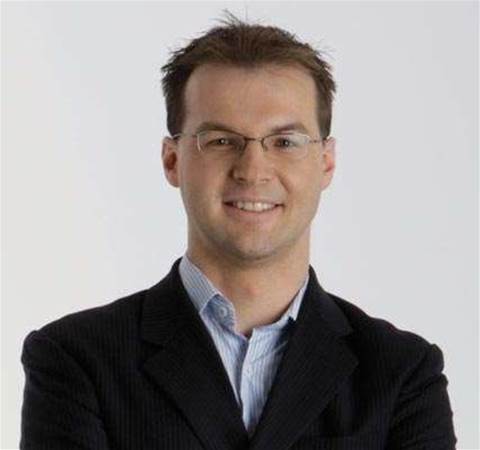 Communications Minister Stephen Conroy has come out praising a fibre-to-the-home project in Brisbane that appears to underscore fears in the NBN Implementation Study of private companies "cherry-picking" locations before NBN Co can roll past.

Conroy's statement comes after Brisbane City Council announced the results of months of trials of a secretive project that runs fibre cables through the council's wastewater pipe infrastructure.

A report by the Brisbane Times last week said that council would go ahead with a full-scale fibre-to-the-home deployment in Brisbane in conjunction with i3 Asia Pacific.

Brisbane's Lord Mayor Campbell Newman was quoted as saying that he "was not prepared to wait" for the National Broadband Network (NBN), that the Federal project had "no firm timetable for a rollout across Brisbane and that it had "not put the needs of Brisbane on as high a priority as we would like."

So Brisbane decided to go it alone.

It's not exactly a glowing endorsement for the national broadband network. But Conroy somehow found a positive link to draw between the two projects.

"The National Broadband Network (NBN) will provide a genuine, wholesale-only open access network which will maximise the benefits of competition for consumers.

"The NBN will deliver affordable high speed broadband for all Australians, not just those in metropolitan areas."

The problem for Conroy is that the Brisbane project isn't the NBN. If anything, it's a statement against the NBN - that progress is so slow, councils are taking on the networking of their regions themselves to get the job done and give high-speed broadband to residents.

The project also has the potential to pose far more significant problems for the Federal Government and NBN Co down the track.

The $25 million NBN implementation study prepared by McKinsey & Co and KPMG includes a section raising concerns that "carriers other than NBN Co might construct fixed-line superfast access networks (such as Fibre to the Node, DOCSIS 3.0 or competing FTTP networks) only in high-income and low-cost, high-density areas and then undercut NBN Co's average price due to the lack of any need to subsidise operations in higher-cost areas."

The study authors recommend forcing "cherry-pickers" to provide "open and equivalent access" to their networks or be hit with financial penalties.

iTnews makes no suggestion that the Brisbane network represents a deliberate attempt to cherry-pick or undercut the NBN; only that it raises a question that the Government will need to seek clarity and assurances on when deciding their response to the implementation study's policy recommendations.

It appears that Brisbane Council, i3 and others may soon be contending with new laws that prevent them from competing with NBN Co.

When contacted by iTnews, a spokesman for the Minister said the Government "will shortly introduce legislation regarding any new or upgraded fibre networks."

Arguably, this is far more important than the couple of ancillary goals Conroy tries to score publicly by turning Brisbane into a political football.

Conroy makes points in his statement that the Brisbane plan is a "recognition that fibre-to-the-home was the ultimate future proof technology for Australians"; that the Mayor "clearly disputes [Opposition Communications spokesman] Malcolm Turnbull's claims that people living in cities already have adequate broadband."

NBN Co is due to hand its three-year rollout plan to the Government within weeks. One can only wonder whether the market is already forcing amendments to be made to it.