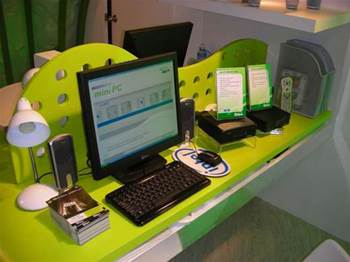 Promise not to enforce web services patents given cautious welcome.

Long-time Microsoft enemies are taking a positive stance on the vendor's latest pledge not to assert its patent portfolio against a group of 38 Web services specifications and their implementations.

The Microsoft Open Specification Promise covers developers and distributors of proprietary and open source applications based on the standards, as well as upcoming Web services standards in which Microsoft is participating.

Effectively it means that Microsoft will not charge licence fees or sue developers or distributors for potential patent infringement.

"This is a solid step of disarmament by a firm whose history was not built on sharing," Dan Ravicher, legal director for the Software Freedom Law Center, commented in a blog posting.

"It is also another significant piece of evidence that patent restraints on standards are not good for businesses involved with that standard or the public in general."

The pledge is the first time that Microsoft has made any patent promise concerning open source applications.

The vendor has used strong language in the past to denounce open source, arguing that it "destroys" intellectual property and comparing Linux to a "cancer".

Microsoft explained on its website that it decided to pledge its patents because it wants to assure the popularity of Web services standards.

"It was a simple, clear way to reassure a broad audience of developers and customers that the specifications could be used for free, easily, now and forever," Microsoft wrote.

Bob Sutor, vice president of standards and open source at IBM, called the initiative a "nice start", but warned that Microsoft still has to deal with a legacy of opposing open standards.

"The first step was perhaps hard, but they now need to start running fast to catch up to where the industry has been around open operating environments, open middleware, open development environments and so forth," he said.

Simon Phipps, chief open source officer at Sun Microsystems, also welcomed the initiative. "This is what open source needs: freedom from fear of attack," he wrote on his blog.

But Phipps warned that the Microsoft document contains some loopholes that could allow its lawyers to file legal patent claims.

"I assume that Microsoft will look into all of those," Phipps wrote. "Let's hope they go back and apply them in the other areas where we are all in doubt."

Got a news tip for our journalists? Share it with us anonymously here.
Copyright ©v3.co.uk
Tags:
communitymicrosoftopenpatentpledgesoftwaresourcewelcomes