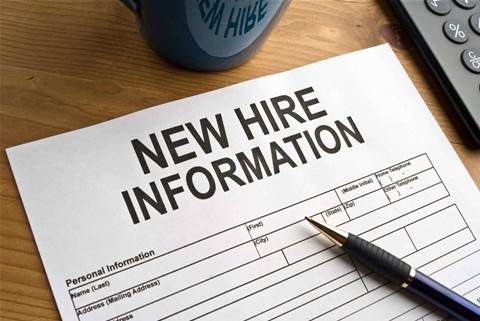 The former chief information officer at Victoria's Metropolitan Fire Brigade encouraged her two sons to change their names and falsified their CVs so she could hire them to lucrative jobs within her department, an investigation has found.

The case was one "so unlikely you could not make [it] up", the Victorian Ombudsman said today [pdf].

It has released a report into what it called 'calculated nepotism' within the IT division of the Metropolitan Fire Brigade.

Former CIO Mary Powderly-Hughes quit the agency abruptly at the end of last year. She had worked in the role for over three years.

A glowing letter to staff advising of her resignation at the time from MFB executive director corporate services Russell Eddington said Powderly-Hughes had made “a significant impact" on the IT division.

But the Victorian Ombudsman today revealed Powderly-Hughes had quit on the same day she was interviewed by the ombudman's office as part of its investigation.

It revealed Powderly-Hughes had "hired her son, not declaring the relationship, having falsified his CV and coached him prior to interview, three weeks after he changed his name to conceal the relationship".

She later gave the first son, "David Hewson", a pay rise and moved him into a permanent role before hiring her second son, "Barry Robinson", and similarly falsifying his CV and helping him change his name, the ombudsman said.

Powderly-Hughes' sons were recruited into the roles of manager of IT administration finance, procurement and projects, and procurement officer respectively.

The ombudsman was able to track David Hewson and Barry Robinson back to David and Barry Hughes, sons of Powderly-Hughes, predominantly through open source intelligence following a tip-off from an anonymous internal whistelblower.

David Hughes told the ombudsman his mother had complained she had "walked into the job from hell and needed help".

Powderly-Hughes admitted she told her sons to change their names in the week leading up to their subsequent employment because she had "already had enough problems with the union".

The state paid out over $400,000 for both the sons during their time with the agency.

The ombudsman also found that Powderly-Hughes had helped her son David get a job at Parks Victoria, where she worked as the CIO for seven months prior to her arrival at the MFB.

"My office has seen countless examples of nepotism over the years – all of which undermine public confidence in government ensuring it has the best people to do the job – but rarely do they display such calculated behaviour," Ombudsman Deborah Glass wrote.

"Often the cases are minor, although wrong – 'a job needed to be done at very short notice and my brother works in that field, he even charged us mate’s rates, I saved the government money'.

"Not this time, this was a case of deception where the family nest was feathered, plain and simple."

While none of the family remain in the public service - Powderly-Hughes quit and her two sons were fired - Glass said the case needed to be made public to "expose both the reality and the danger of such behaviour".

"Even the most stringent policies cannot prevent what occurred in this case. But while the agency in this case cannot be held responsible for the deception perpetrated upon it, its conflict of interest policies were weak, and did not reflect best practice," she wrote.

"Public sector leaders must ensure they create an environment in which conflict of interest policies are embedded in their organisational culture: this case is yet another reminder of why this matters."

Glass said MFB CEO Jim Higgins had advised that he intended to refer the case to Victoria Police. The force confirmed to iTnews it had received a complaint.

The MFB has agreed to review its policies and recruitment practices, and audit Powderly-Hughes’ involvement in procurement to check for irregularities or impropriety.