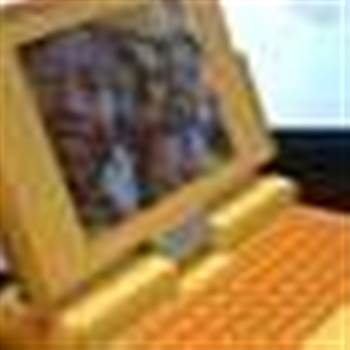 The One Laptop per Child (OLPC) project has unveiled the final beta version of its XO laptop, and mass production has been authorised for October.

Production is based on the release of the final Beta-4 engineering model which will trigger the supply chains of 800 parts that come together and roll off the assembly line later this year.

The OLPC project hopes to provide children with access to knowledge and modern forms of education no matter where they are in the world.

"There is a lot of debate in technology circles about the cost of bringing laptop computers into the developing world," said Walter Bender, OLPC president of software and content.

"But the real debate should not be centred on cost. A computer designed for Western office environments will not withstand conditions found in much of Africa, Asia and South America, and children engaged in learning have different needs."

The XO Beta-4 laptops are engineered to withstand the diverse and often harsh environmental conditions found in developing countries.

The laptop can operate in areas without ready access to electricity and can be powered by numerous alternative sources, including a pull cord or a solar panel.

It uses less than one watt of power when being used as an electronic book and can operate for more than 12 hours on one battery charge.

The XO Beta-4 machines feature improved keyboard and touchpad, many electrical and mechanical enhancements, and a brightly coloured XO logo on the back.

"Since the inception of the XO laptop more than two years ago, AMD has been committed to helping the OLPC programme succeed," said Gustavo Arenas, corporate vice president of high-growth markets and innovations at AMD.

The laptops will go through a final round of testing by developers, hardware experts, OLPC technical volunteers and some of the pilot schools around the world which are already using the machines.

The final version will include built in web filters after it was reported by Reuters that some pilot OLPC laptops in Nigeria had been found to contain pornographic images.
Got a news tip for our journalists? Share it with us anonymously here.
Copyright ©v3.co.uk
Tags:
betafinalgoeshardwareintolaptopolpc