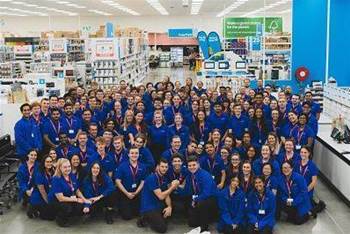 Retailer Officeworks might sell a lot of paper, but dead trees are definitely on the nose in its CFO’s office, which has just junked decades of manual timesheets in favour of SAP’s Success Factors human resource management system in the wake of a new wage deal with staff.

In a deal estimated to increase labour costs by around $10 million a year, the new enterprise agreement with staff that was voted-up this week will increase base wage rates, penalties and night time loadings as well as letting staff choose their default super fund.

While overwhelmingly popular with staff – Officeworks says there was a 97 percent yes vote and that more than 80 percent of staff voted – the cost hike has increased pressure on the business to find other back efficiencies to keep the front of house humming.

Payroll and HRMS has become a sharp focus for major retailers because the scale of their workforces means even small improvements can translate into big bucks, especially around processing, banking and transaction related costs.

While SAP has been a staple in the ERP and financials space for large Australian retailers, it has faced stiff competition from Oracle which is the supplier of choice to many payroll outsourcers, as well as Technology One that has made an artform out of coding-up union-based workplace agreements.

In the case of Officeworks, the powerful Shoppies union successfully represented workers, but payroll upgrades are also a double-edged sword for industrial organisations.

Unions historically often had their dues drawn directly from workers’ pay packets, a measure that increased coverage but also let employers know who was and wasn’t a member.

These days unions typically want members to have regular payments made directly from their account, a measure that arguably makes it easier for workers to drop out.

Either way, the conditions and rates of the new award still needed to be coded into the payroll system, with small errors creating big headaches for the likes of Beaurepaires and the CBA.

Officeworks’ coders will also need to work fast, with the retailer saying it’s paying on the new deal immediately without waiting for official approval from regulators to speed things up.

“We didn’t want our team to wait for the agreement to go through the formal approval process, which can sometimes take months,” Officeworks managing director Sarah Hunter said.

“All team members covered by the agreement will receive a two percent increase on their base pay rate from today,” she said.

The decision to standardise on Success Factors is a good omen for SAP’s wider footprint across the Wesfarmers Group with cost administrative cost efficiencies a major priority as the retail sector is squeezed, particularly Target and Kmart.

Bunnings, one Australia’s largest retail employers, is also in the process of a major tech transformation as it tries to nail an omnichannel mix that isn’t margin dilutive like it is now spun out grocery giant Coles.

Coles in February revealed it had deployed SAP for some HR functions as well as ERP and procurement.