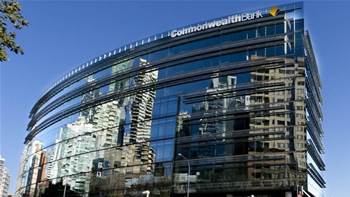 $4.8m in employee restitution rolls from next week.

The Commonwealth Bank of Australia has celebrated the first anniversary of its new cloud-based ADP payroll system with Workday integration with a promise to employees to deposit back pay from underpayments in previous years rolling as soon as next week as a major accounting clean-up continues.

While the new payroll, which replaced CBA's ageing Peoplesoft clunker in March last year, is working fine, Australia’s largest institution has confirmed the payment and entitlements mistake were uncovered in a review of the payroll system during preparations for the mass migration for 50,000 staff.

In simple terms, the rub for employers is that audits and reviews necessary to undertake a payroll migration can, and frequently do, dredge-up past mistakes that then need to be financially remediated by law. Which rather takes the gloss off savings payroll upgrades are meant to achieve.

Last week tyre retailer Beaurepaires fessed up to $1.8 million employee payback as a result of a similar payroll coding stuff-up that hit 3700 past and present employees.

The discovery of the CBA’s mistakes, which are understood to have been coded into the old system as a result of how the institution’s EBA was interpreted, prompted the bank to issue a confessional to regulators and the Financial Services Union – which is dutifully making hay out of the blunder.

As one of Australia’s largest employers, even small payroll problems scale-up to become multi-million dollar craters unless rapidly addressed.

“We regret these errors and apologise. Our people have worked, and continue to work hard to support our customers, and I want to assure them that we’re fixing our systems and processes so this doesn’t happen again,” Culleton said.

“All impacted current and former employees with entitlements owing will receive back pay with interest and their leave balances adjusted where applicable.

“We have begun remediation and the first tranche will involve approximately 8,000 current and former employees receiving back pay totalling $4.8 million including interest,” Cullerton said.

And there will be plenty more to come.

In August 2018 CBA’s review of employee superannuation – which necessarily runs through the payroll – uncovered a whopping $16.7 million underpayment time bomb that affected 36,000 current and former employees.

Meanwhile, the accounting sector is bracing for a shakeout as single touch payroll (STP) and mandatory reporting of payroll payments to contractors starts to bite from July this year.

A key question is for how long employers currently given exemptions for STP non-compliance on the basis that their payroll outsourcer or software is yet to make necessary upgrades will be spared the rod.