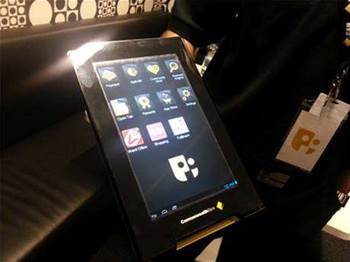 Retailers Officeworks and Strandbags have signed on as the first retailers to pilot the Commonwealth Bank’s move into the mobile point-of-sale (PoS) market.

Mobile PoS involves the use of a smartphone or tablet device augmented with a pinpad, a payment card chip reader and barcode scanner. Customer service staff can be let loose through the store to scan items for customers, accept card payment and email a receipt.

Mobile PoS was pioneered by ‘high touch’ customer service retailers such as the Apple Store. It has since been embraced by the Commonwealth Bank, which developed its own open standards-based payments platform called Pi, and announced 15 months ago that it would release several integrated PoS units in collaboration with hardware partners.

Officeworks piloted CommBank’s Pi point of sale platform in six stores, and recently expanded the trial out to an undisclosed number of outlets.

Leo converts the iPhone into a merchant terminal via an integrated Ingenico pin pad, card reader and barcode scanner. Merchants can also run their own payment software and third-party applications on the device.

Officeworks staff selling big-ticket items - specifically technology and computer products - are using the devices to take orders, scan items and accept payments from customers on the shop floor, in order to personalise and speed up the purchasing process.

Strandbags more recently signed on as the second retailer to trial a similar solution.

Andrew Cheesman, general manager of merchant solutions at the Commonwealth Bank told iTnews that Strandbags was also using the device in a “queue-busting” strategy.

He said the solution was fully-integrated with Strandbags' standard PoS system and removes the need for customers to always line up for a purchase.

The ecosystem was announced in July 2012, Pi and Leo launched in the months following, but Albert has remained in testing for the last 12 months.

The custom-built Android PoS device is a seven inch touch-screen tablet, which facilitates transactions anywhere in the store via an encrypted EMV pinpad connected via wifi or Bluetooth. It also boasts an inbuilt camera for the scanning of barcodes.

CommBank is currently in the design and development phase for Albert and expects to launch “very soon”, according to Cheesman. The launch date had been revised due to unexpected complexity of the build process, he added.

Cheesman said CommBank had been "perfectionists" when it came to the aesthetics of the device, but this wasn’t the driving force behind the delay. Nor was the four different versions of Android that have been released during the 12 months since Albert was first announced.

“This is leading edge technology. It’s complex,” he said.

“We’re building something new from the ground up and it takes some time. When you’ve got a problem, you’ve got to go back and fix it, and it takes more time with hardware than software development.

“We’d have loved to have had it out already, but we are very close to launch right now.”

Cheesman said Albert customers would be named at the launch, including a number of “big international high-street brands” that will launch “thousands” of Albert devices in partnership with CommBank.