Obama to restructure the NSA 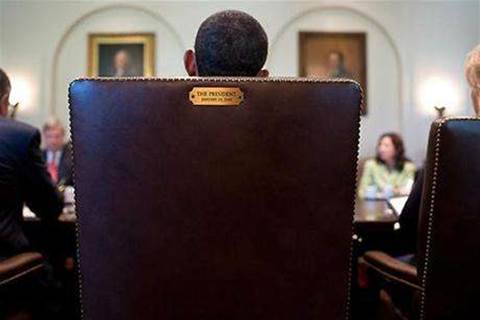 US President Barack Obama is expected to announce changes to limit US spying on foreign leaders, but is unlikely to alter the controversial National Security Agency program collecting masses of raw data on the telephone calls of Americans.

He is expected to announce measures to curb or restrict US spying on foreign leaders, upgrade intelligence sharing with allies, and perhaps allow privacy advocates to appear routinely before the secretive Foreign Intelligence Surveillance Court.

But Obama is unlikely to make any changes to the NSA's bulk data-collecting activities, according to two sources.

Obama met with members of US Congress late last week, and left legislators with the impression that he wants the NSA to continue to vacuum up metadata on US telephone use, which includes which numbers are called, what time calls are made, and how long they last, the sources said.

Of all media disclosures based on leaks from Snowden, the revelation that NSA engages in bulk collection of domestic US phone call metadata triggered the biggest uproar from Americans who value their privacy.

Sources said Obama was leaning against a proposal by a presidential review panel to modify the metadata collection program by requiring that private parties, rather than NSA, record and store the phone data.

The presidential panel, whose members included former White House counter-terrorism advisor Richard Clarke and former CIA deputy director Michael Morell, raised questions about the value of metadata collection - saying it had made only a "modest" contribution to national security - and suggested that the data should be held by phone companies or some kind of new non-profit group.

A White House official said the president had not made a final decision on the issue and had not conveyed such a decision to groups he met with this week, including members of Congress.

However, critics of this plan say it would be expensive and could slow down critical counter-terrorism operations. In an interview with US National Public Radio on Friday, John Inglis, the NSA's outgoing director, described metadata collection as an "insurance policy" against future attacks by militants.

Roger Cressey, a former White House counter-terrorism official under presidents Bill Clinton and George W. Bush, said it would not be in the president's interest to take a strong public position on the metadata issue.

"Why would the administration put any (metadata) reforms in place that potentially could prejudice future rulings by the Supreme Court on these programs?" Cressey said.