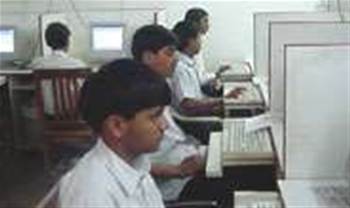 The establishment of cheap offshore centres by the world's 50 largest IT centres slowed in 2009, according to a report from Pierre Audoin Consultants.

Nick Mayes, senior consultant at PAC, said: "IT services vendors have reined in their capital expenditure in the last 18 months and have focused on maximizing the use of their existing delivery sites."

The research found that regarding location of the sites, India continued to be the most popular location, ahead of the Philippines, China and Brazil.

India accounted for 10 of the 33 new sites to be opened this year. New development continues to be focused on emerging cities outside the traditional hotspots of Bangalore and Mumbai.

This year has seen new centres established in Kolkata by Tech Mahindra, Lucknow by TCS and Coimbatore by Cognizant.

The Philippines ranked as the second-most popular location for the top 50 players, with six new sites opening in 2009, including four by contact centre services provider Convergys.

Three new delivery sites were opened in China by Accenture, HP and Dell, and two sites each in both Brazil and Mexico.

Only a single site was opened in Eastern Europe – Capgemini’s new support centre in the Romanian city of Iasi.

Got a news tip for our journalists? Share it with us anonymously here.
itweek.co.uk @ 2010 Incisive Media
Tags:
facilitiesfinanceitnewnumberofoffshoreplummetsstrategy