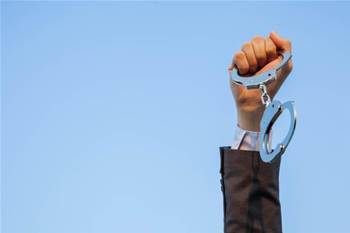 Castagna released from prison after 14 months.

The Australian Taxation Office has suffered a major legal defeat in one of its most publicised prosecutions after the NSW Court of Appeal acquitted Anthony (Tony) Castagna, founder of software vendor Nuix.

Castagna, who was sentenced in August 2018 along with Sydney man Robert Agius, was released on Wednesday after he successfully appealed a tax fraud conviction that sentenced him to seven years in prison.

He had already spent 14 months in custody.

The pair were charged with conspiring to dodge Australian tax liabilities by claiming money paid by Macquarie Bank for consulting work was part of Castagna and Agius’ personal income, and had been funnelled through a complex scheme of entities based in Vanuatu to evade the tax office.

The appeal was carried on the grounds that the trial judged had erred by not directing the jury on how to approach the question of “derivation of ordinary income”, and in directing the jury they could take into account matters outside the consultancy agreements in determining whether the money had come from consulting fees paid by Macquarie to one of the offshore companies.

The overturning of Agius’ and Castagna’s convictions is a conspicuous loss for the government, which had heavily publicised its previous success in the case.

Both Angus Taylor and Kelly O’Dwyer, who were government ministers at the time of the sentencing, championed the convictions as a big win for the Australian Federal Police’s Serious Financial Crimes Taskforce.

“This investigation began in 2006 after the Australian Taxation Office and Australian Federal Police dismantled large-scale money laundering and tax evasion schemes based in Vanuatu, in turn leading them to the activities of these two cousins,” Taylor said last August.

O’Dwyer added the “significant sentences” handed down “pay testament to this extensive investigation” by the Serious Financial Crimes Taskforce.

Ironically, Nuix’s software had used by the AFP, the Tax office, Defence, and the Australian Securities and Investments Commission to detect fraud and corruption.

iTnews has contacted the Castagna and the AFP for comment.