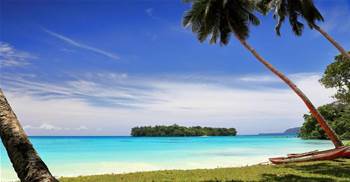 The former chairman and co-founder of Macquarie-backed Australian cyber security and investigation software vendor Nuix, Anthony (Tony) Castagna, will spend at least four years in jail after being handed a seven-year prison term for a string of money laundering and tax evasion offences.

Appearing before Justice Christine Adamson on Friday, Castagna, 70 of Gordon, was sentenced alongside 68 year old Sydney man Robert Agius, who was also given a seven year jail term but will be eligible for parole in March 2021.

The two prison terms follow the conviction of the pair in April this year over a complex scheme that had money paid by Macquarie for consulting funneled through entities created in the South Pacific nation Vanuatu to dodge Australian tax liabilities.

The trials of the two men, who are cousins, have been a profound embarrassment for federal authorities who have been using Nuix for cyber investigations, complex data analysis and information governance.

Nuix’s clients are reported to have included the Australian Federal Police, Australian Taxation Office, Australian Securities and Investments Commission and Defence as well as a swag of overseas security and intelligence-related customers.

Ironically, a specialty of Nuix is its dedicated fraud and corruption software product pitched at financial crimes that is says traces “human-generated data and communications, providing the insight and context you need to chase down company culprits.”

“Get the whole story to stay out of the headlines,” the product page on Nuix’s website boasts.

That pitch wasn’t working for the ministers in charge of nailing fraudsters, cyber crooks and spies.

Minister for Revenue and Financial Services, Kelly O’Dwyer, certainly wasn’t handing out free product plugs, instead lauding the efforts of the Serious Financial Crimes Taskforce (SFCT) in busting the pair.

“These significant sentences handed down today pay testament to this extensive investigation by the Serious and Financial Crimes Taskforce,” O’Dwyer said, adding the body had “completed more than 800 audits and reviews” since its establishment in 2015.

O’Dwyer added SFCT had clocked up around $600 million in financial liabilities and helped seven people receive custodial sentences through its enforcement actions.

Cybersecurity Minister Angus Taylor was similarly keen to push the point that the government will find crooks, even if they occasionally sell the software used to do the hunting.

“This investigation began in 2006 after the Australian Taxation Office and Australian Federal Police dismantled large-scale money laundering and tax evasion schemes based in Vanuatu, in turn leading them to the activities of these two cousins,” Taylor said.

In the interim, it seems to be business as usual at Nuix, less its founder.

“Rod has made a significant contribution to Nuix’s Australian and international operations over the past two years in his role as Chief Operating Officer and Head of Nuix’s Asia Pacific operations, and has established strong relationships with our employees, customers and partners,” Castagna said in a May 2017 statement on Nuix’s website.

Vawdrey was similarly chuffed in the same statement.

“It is very special to be a member of the Nuix team as we become one of the world’s leading software companies that showcases the best of Australian and overseas innovation and software engineering leadership,” Vawdrey said.