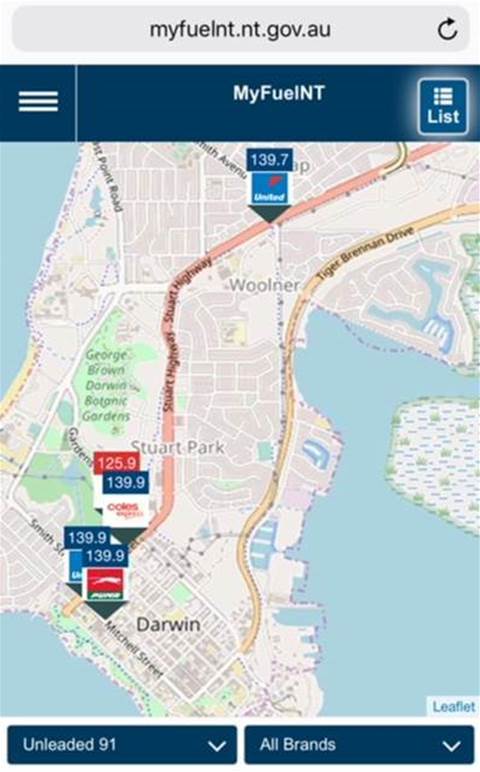 The MyFuel NT site was unveiled this afternoon by NT treasurer Nicole Manison after recieving $200,000 over two years in the 2017-18 budget for its development.

As in NSW, pricing information from MyFuel NT will also be made available as open data so the information can be incorporated into existing third-party apps.

A spokesperson for the treasurer told iTnews that the Department of Corporate and Information Services is currently developing a Get API to facilitate this, which it hopes to make available to third-party developers before the end of the year.

“MyFuel NT makes it mandatory for all fuel retailers to report any changes to their prices immediately. This means territorians can shop around online to find the cheapest fuel closest to them,” Manison said in a statement.

The interface is almost identical to the NSW government’s real-time fuel price comparison website FuelCheck, which was introduced just over a year ago and has had more than 2.6 million visits.

The NSW service has also now extended into an app offering a range of new features including a function that gives users the option to save their favourite petrol stations and receive push notification when petrol reaches their chosen price.