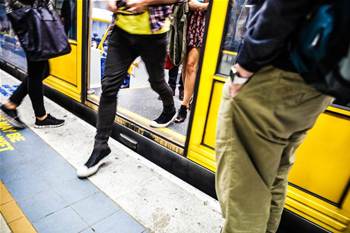 Transport for NSW is turning to machine learning technology from Amazon Web Services in a bid to plan for and cope with sudden changes across the public transport network.

Transport minister Andrew Constance revealed the use of the technology in the same speech where he raised the prospect of facial recognition becoming an alternative to the Opal card.

“We’re also using Amazon machine learning technology across the entire network to predict what the transport day is going to look like,” he told the Sydney Institute on Tuesday night.

It goes some way towards explaining TfNSW’s recent $5 million deal with the hyperscale cloud provider for a year's worth of cloud services across the transport cluster.

Constance said the technology was helping TfNSW “plan for the “unexpected and cope when [the network is] under pressure” using both TfNSW and external data.

“We’ve ‘fed’ this technology a year’s worth of weather, opal and special event data,” he said.

“It currently has a 90 percent accuracy rating and will get better over time as we keep ‘feeding’ it data.

“It’s technology and innovation like this which gives transport planners the ability to optimise the network to be more responsive to what is happening.”

A spokesperson told iTnews that TfNSW was "testing and trialling machine learning to improve the public transport experience and operational decision making", though would not say which AWS tools were in use.

"Over the last year and a half we have had our Transport Bot personal assistant to improve customer service deployed into Amazon Alexa, Google Assistant and Facebook Messenger," the spokesperson said.

"As part of our partnerships through the Transport Digital Accelerator we are actively learning, testing and trialling technology from Amazon Web Services."

A major consideration for TfNSW is getting more out of the existing public transport network, which Constance said had seen a “4.7 percent increase in patronage” in the last 12 months alone across trains, buses, ferries and the light rail.

He said this was particularly acute on Sydney's train network where there had been a “35 percent patronage demand increase”, with 420 million trips now being made across Sydney’s train network each year.

It is a key reason behind TfNSW bringing real-time occupancy data on station indicator boards across Sydney’s rail network.

The congestion management solution, which is likely underpinned by AWS, allows commuters to check how crowded newer trains are using screens at platforms to pre-empt possible crowding.

The data, which was first made available through travel apps like Trip View and NextThere, is sourced from Sydney’s fleet of Waratah trains, as well as Opal cards.

Constance said TfNSW was now “working with the private sector to enhance Opal card data to get a better understanding of the commuter first and last mile”.