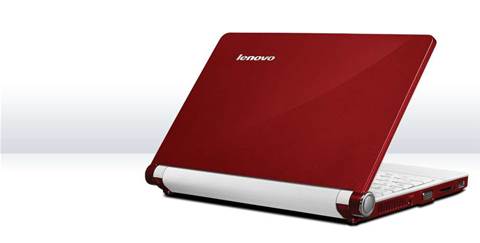 Hungry for bandwidth even with filters turned on.

Armed with Government-funded netbooks and unlimited access to the internet, students at New South Wales public schools are tearing through 40TB of downloads a month and heading fast for 100TB territory.

The New South Wales Department of Education and Training (DET) is in the throes of rolling out 240,000 Lenovo netbook computers to every New South Wales Government high school student over the next four years.

The Department has rolled out just under 20,000 netbooks so far, with some 65,000 will be rolled out this year. The department is currently commissioning machines at a rate of over 1,000 per day.

At a press event today, Stephen Wilson, CIO, NSW Department of Education and Training said that 40 Terabytes of data a month is being downloaded across the department's network since it began the netbook rollout in August. This includes use by 200,000 existing machines and the 20,000 new netbooks. By the time the department has rolled out all 240,000 notebooks at the end of 2011, Wilson expects monthly downloads of some 100TB per month.

The department has signed ISP deals with both Telstra (backhaul) and Soul Telecommunications subsidiary TPG (for internet connectivity), which allows for unlimited internet access to students at NSW public schools. Wilson expects the department will need to increase the size of its backhaul pipe during the rollout project.

Internet is accessed via an 802.11n wireless network progressively being built across all NSW public high schools by IBM, using Aruba Networks technology. This offers synchronous upload and download speeds of 2Mbps.

In phase one of the network rollout, access points have been installed in the library and selected classrooms of each New South Wales public high school. At the end of October, the Department plans to extend the network across all classrooms.

These access points are connected to an Aruba Controller in every school which, using Aruba's Airwave management solution, gives the department statistics on the data throughput at every access point. Wilson said one speed test in a NSW classroom saw an entire class of students connecting at 25Mbps.

He expects the wireless network will provide enough connectivity for NSW high school students "for the next ten years of demands."

Students are using large amounts of data despite restrictions placed on what sites they can access.

YouTube is banned for student accounts, as is Facebook and MySpace and the usual blacklist of unsuitable material.

The NSW Department of Education and Training has only recently decided to unblock YouTube for teachers to use as a teaching aid, but it is still banned in student profiles.

If a site is blocked that students or teachers particularly want to access, a message is sent to SmartFilter to categorise it, but Wilson said that more than 94 percent of sites students have tried to access have been allowed to date.

In addition, the netbook devices use a SOCKS-based proxy client, which provides web filtering at the network layer. The filtering is enabled independent of browser or network connection, so that any HTTP connection is intercepted and filtered. This means that the same policy is applied regardless of whether the student is  connected at school or at home.

The technology also blocks anonymous proxy servers, which Wilson said was a troubling technical problem for the department for several years earlier.

Trevor Fletcher, deputy director general of schools at the department said students accept a reasonable level of filtering because there is a lot of content  and interesting applications loaded on the devices - including the Windows 7 operating system, Microsoft Office and Adobe' s CS4.

"There is so much available on the device that makes it engaging, there is less focus on what isn't there," he said.

In 2010, the department plans to roll out a function within Windows 7 which allows student netbooks to share downloads in a model similar to the way peer-to-peer works.

The Windows 7 Enterprise Branch Cache enables any given file to be downloaded to the LAN once. If one student downloads a video, the next student to initiate the same download will actually be grabbing the file from his peer rather than reconnecting with the original file.