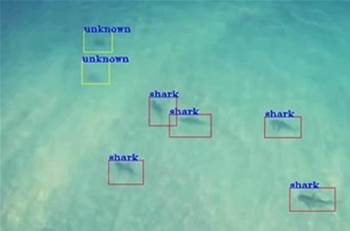 Shark-spotting drones are set to buoy the safety of more Surf Life Saving NSW clubs on the state's coast, after the government expanded the trial to 11 more beaches.

The expansion will complement existing helicopter patrols monitoring beach safety from Tweed Heads on the Queensland border down to Wollongong.

The unmanned aerial vehicles (UAVs) known as Little Rippers can autonomously identify sharks thanks to artificial intelligence technology developed by the University of Technology Sydney.

The university says the SharkSpotter app has a 90 percent success rate at distinguishing sharks from other animals like dolphins or even clusters of seaweed, and can even differentiate between 16 species of shark.

And while the Little Ripper can’t yet identify struggling swimmers, rips, or other hazards, it does allow lifeguards to get a birds-eye view on what’s happening in the water.

Vapor55 drones from US company Pulse Aero were used for the initial 2016 trial on the state’s northern beaches, which was pegged to only last six months.

The expansion of the trial will predominantly use the Phantom 4 Pro built by DJI, and sports a 30-minute battery lifetime, reaching speeds of 70km/h.

It comes equipped with a 20-megapixel camera that supports 4K video shooting. The maximum range for the drones is 7km.

A spokesperson from the NSW Department of Primary Industries told iTnews “a couple” of Matrice 600 drones, also from DJI, would also be used.

The larger Matrice 600 has a 5km range and can hover for up to 40 minutes without a payload.

However, the fact it can carry an extra 6kg is helpful for trialling remote drops of flotation devices to struggling swimmers.

Minister for Emergency Services Troy grant said any extra help available to emergency services workers is a “sound investment”, but no details have emerged as to the cost of the program as yet.

The UAV trials will operate from the September school holidays until the end of April next year.