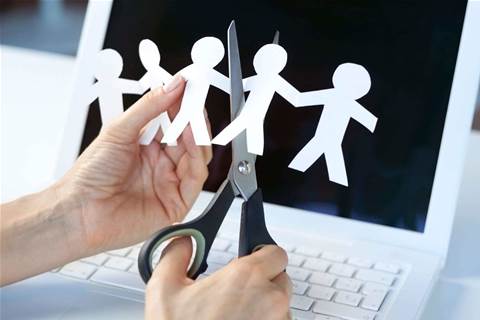 The NSW Police Force is restructuring its IT division and will shortly amalgamate the roles of its two technology leaders.

The restructure is happening alongside a wider overhaul of NSW Police's executive structure that began in August 2016, and pre-empts a once-in-a-generation re-engineering that is aimed at future-proofing what is Australia’s largest police force.

A spokesperson told iTnews that the force was restructuring its business technology services team “to better integrate the business activities of two areas into a single command” and deliver improved services.

The spokesperson declined to comment on the current two executives' futures.

Both Robson and Griffith have been in their positions with NSW Police for close to six years.

Robson joined the force as its first ever CIO in January 2012 following an extensive career in the private sector, while Griffith became CTO after 18 years as director of NSW Police’s Advanced Technology Centre.

During this time the pair have been immersed in the ongoing overhaul of the 23-year-old computerised operational policing system (COPS), which began in 2013 with $44.8 million in funding from the state government.

COPS is central to the force’s everyday operations, including logging of criminal incidents, intelligence gathering, and the issuance of changes.

The agency handed Accenture a $3.5 million contract in May to build a proof-of-concept solution for a future core policing system, dubbed NewCOPS, before they end of the year.

NSW Police is now looking for a chief information and technology officer with “a proven ICT infrastructure track record within a significant and complex service based organisation” to oversee the forces restructured IT shop.

The incoming CIO will be responsible for merging the organisation’s strategic planning and IT services functions to create a new ICT Service, and building an IT governance framework to strengthen accountability and simplify processes.

He or she will also have the bulk of the funding from the $100 million Policing For Tomorrow Technology Fund to play with during 2017-18, although this is likely to be used for the continued rollout of body-worn cameras, portable narcotics analysers, mobile finderprint scanners and tablets.