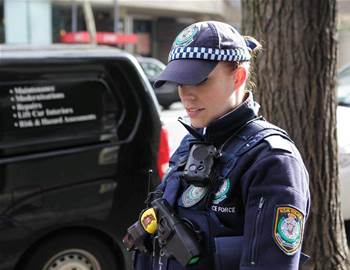 The NSW government will spend $100 million over the next five years linking the firearms and tasers of frontline police officers with their body-worn video cameras to capture video and audio evidence automatically.

Budget papers handed down on Tuesday outline the $96.3 million investment in the 'integrated connected officer' program, as well as funding for a new integrated biometric platform capable of collecting DNA, and a digital evidence cloud.

A further $4.3 million for the connected officer program, which was first flagged in September 2019, is also provided through the $2.1 billion Digital Restart Fund, bringing the total investment to $100.6 million.

NSW Police approached the market for the technology in 2020 to increase the use of BWV cameras to ultimately enhance officer accountability, but has not yet moved forward with the program.

BWV cameras currently rely on officers manually starting the recordings during interactions with the public, though they do provide at least a 30-second back capture of vision prior to the record button being pushed.

Funding for the initiative, which includes $18.8 million in 2022-23, will also be used for “integrated digital devices that increase connectivity between police vehicles and command posts”.

NSW Police will also receive $13.8 million for an integrated biometric platform that is expected to “enhance the systems police use to create profiles”, according to budget papers.

The platform, which will replace the legacy PhotoTrac system, will extend beyond biometrics to include DNA and imagery. NSW Police revealed plans to create a “complete biometric profile of an offender” using the platform last year.

“We’re training hundreds of new police officers every year who are committed to keeping communities safe, often putting themselves in harm’s way to protect others,” Hudson said.

“Simply put, they wouldn’t be able to do their jobs safely and efficiently without specialist equipment and technology.

“The funding announced today will significantly improve the capability of our general duties and specialist police officers, resulting in improved community safety across the state.”