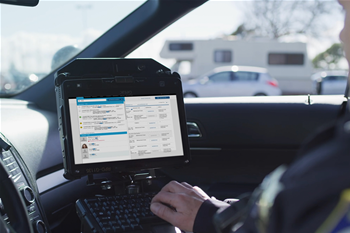 The system – which is expected to come online progressively over the next five years – will also replace the NSW Police’s decade-old Fujitsu computer-aided dispatch (CAD) system for Triple Zero callouts.

The force has also revealed that it will equip every frontline officer with ‘MobiPol’ mobile devices as part of the broader IPOS program in step with several other jurisdictions, including SA and WA.

Under the new deal, Mark43 will provide the call-taking, dispatch, records, investigations, and forensics components of IPOS through its “single platform” records management system and CAD.

It follows an “extensive due diligence process” that began when Mark43 and Unisys were first down-selected as the IPOS technology solution and delivery partner in March 2020, as revealed by iTnews.

NSW Police has been working to modernise COPS – which has been used by officers since 1994 – since scoring an initial $44.8 million in the 2013-14 state budget for the overhaul.

It originally settled on an Accenture-built solution, dubbed NewCOPS, but ultimately dumped it and restarted the procurement in October 2018, before finally settling on Mark43 and Unisys last year.

“IPOS will simplify processes and introduce technology that is integrated, easy to use and fast,” he said.

“These unparalleled efficiencies will save administrative time for frontline officers, allowing them to spend more time policing.”

Lanyon has previously estimated that the total cost of ownership for IPOS will be in excess of $1 billion over 15 years.

“Modernisation of core technology is critical for the NSW Police Force to improve operational flexibility, reduce the risk of outdated legacy systems and respond to challenges of the modern policing environment,” he added.

“With this historic partnership, Mark43 is bringing our tried and true approach to one of the largest police forces in the English speaking world,” he said.

“We look forward to working side by side with the NSW Police team to modernise public safety technology in Australia.”

Mark43 is already in the process of setting up a dedicated customer support team for NSW Police, which will be its largest outside of the US.

“We’re going global, and opening our largest international office in Sydney, Australia!" Crouch said in a LinkedIn post in January, adding that the company was looking for “dozens of roles”.