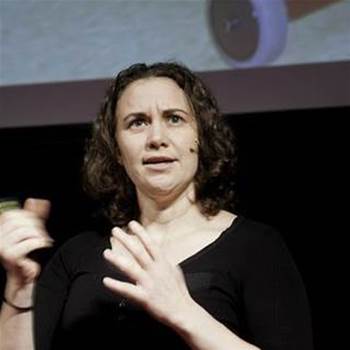 The NSW government has lost open data and government IT expert Pia Andrews as its executive director of data, insights and transformation.

Andrews spent her last day at the newly-established Department of Customer Service (DCS) on Wednesday after three months in the job.

She took up the role following the machinery of government changes that transformed the Department of Finance, Services and Innovation (DFSI) into the powerful DCS.

The changes also saw Glenn King appointed secretary in place of Martin Hoffman, who has since been working to develop a “strategic plan” for the federal government’s new Service Australia department.

In a blog post published on Thursday, Andrews said she had made the decision to leave in order to spend more time with her family.

Over the past 12 months, she has been commuting between Canberra to Sydney every week.

“I have been leaving my little family every week for three, four or five days, and although we have explored possibilities to move, my family and I have to continue living in Canberra for the time being.”

These include establishing the NSW government’s digital talent pool, Policy Lab and Digital NSW Accelerator and the digital design standard.

More recently, she was tasked with leading the newly established data, insight and transformation branch, which is now home to the state’s Data Analytics Centre.

Andrews thanked everyone she has worked with over the past year, including the two branches she has the “privilege and delight to lead”.

“It has been a genuine privilege and delight to be a part of this exceptional department, and to see the incredible work across our Branches,” she said.

“I remain delighted and amazed at the unique opportunity in NSW government to lead the way for truly innovative, holistic and user centred approaches to government.”

Murphy thanked Pia for the great work her team had done over the past year, which have “without a doubt set up the NSW digital and customer transformation agenda for success”.

“I want to thank her for the commitment and drive she has shown in her work with the NSW Government, and wish her well with her future endeavours,” he said.

“I’m confident her focus on building exceptional teams, her vision for NSW digital transformation and the relationships she has built across the sector will continue.”

Pia said she planned to have a holiday and most likely “spend October simply writing down all my big ideas and doing some work on rules as code”, before looking for her “next adventure”.

A DCS spokesperson told iTnews that the state's chief data scientist, Ian Oppermann, would temporarily act in the role while a replacement is found.