Dominello gets his DAC back as NSW govt kills DFSI 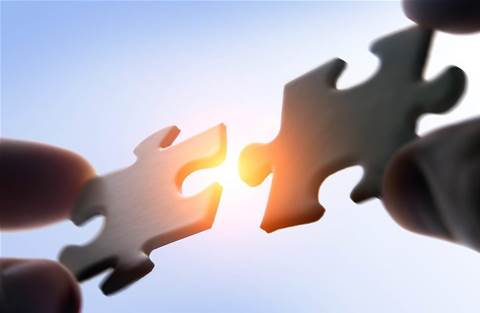 Clarity has finally emerged around a raft of machinery of government changes following the NSW election and the carve-up and rationalisation is a big one.

The state's mammoth new Customer Services department has snatched and will centralise technology policy and delivery previously under the Department of Finance Services and Innovation, with the finance portfolio axed entirely and subsumed into Treasury.

Administrative changes orders published this week reveal the final details of extensive public service shake-up that will usher in the new Department of Customer Services.

Led by now Minister for Customer Services Victor Dominello, the department is expected to allow the government to double-down on its already leading approach to service delivery.

While it was already understood the state’s IT and digital government remit would shift to the department, machinery of government changes reveal DFSI will be abolished in its entirety.

It will see all staff transfer to the newly minted department, bar non-call centre staff in Revenue NSW, as well as those supporting the procurement board and the administration of legislation allocated to the new ministers for Finance and Small Business, and Water, Property and Housing.

This includes those in the aforementioned whole-of-government IT function, led by chief information and digital officer Greg Wells, and the central service delivery agency Service NSW.

They will be joined by staff from the state’s Data Analytics Centre, which will transfer to the new department from Treasury.

It puts the dedicated office governing the state’s deployment of data analytics, which started life in August 2015, back in Dominello’s hands less than a year-and-a-half after it transferred out of DFSI.

The new department will also contain elements of the Department of Premier and Cabinet, including the Office of the Customer Services Commissioner and the Behavioural Insights Unit (dubbed the nudge unit).

Both these functions have become increasingly influential in the design and improvement of the government’s digital offerings.

NSW’s Registry of Births, Deaths and Marriages, which currently sits under the Department of Justice, will also be consumed by the new department, possibly to allow closer alignment with Service NSW.

The transition of the various customer service and IT puzzle pieces into a single department lays the foundation for the government's next service delivery improvements.

Positioning the two verticals more closely will no doubt aid the government's plan to accelerate improvements to digital offerings, which are increasingly being design around horizontal views of the citizen.

The government is already planning to enforce recently introduced digital design standards that seek to ensure consistency across government services.

Another notable abolition in the so-called 'mega-mog' is the abolition of the Office of Local Government that gets absorbed into the expanded new planning department.

That move is likely to have significant consequences for councils now trying to plough their way through difficult integrations stemming from the raft of local government mergers.

The risk of major cost blowouts from technology rationalisation under the hardline pursuit of the mergers, which stopped when Berejiklian became premier, is regarded a major shortcoming of the now axed OLG and merger proponents.