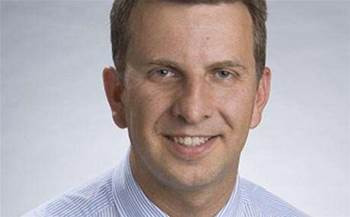 NSW's new minister for finance and services Andrew Constance has confirmed his government is looking into outsourcing some of the functions of shared services agency ServiceFirst.

It is a move that had been repeatedly hinted at by Constance's predecessor Greg Pearce since the O’Farrell Government was elected in 2011.

The path to outsourcing is under development within the Department of Finance and Service (DFS) but the agency is understood to be seeking feedback from the IT industry.

“In terms of corporate shared services, there is no doubt that we want to see better outcomes,” Constance said at an industry briefing held at NSW Parliament house this morning.

“From my perspective as the new minister I think we are right to expect more contestability in these areas. This is still being worked through and I’m hopeful that we will have some more answers soon.

“It is not there yet but ultimately we recognise that we want to get better value for money and a stronger approach,” he said.

Constance is familiar with the NSW Coalition’s unhappy relationship with internal shared services, thanks to his time as minister of Ageing with direct responsibility for agencies serviced by Family and Community Services cluster corporate services provider Businesslink.

Businesslink is also under review, and is expected to eventually have its services market tested. Constance said the Commonwealth’s disability reforms may also have a bearing upon how the state approaches the matter.

“There is going to be a fair bit of change in this area, particularly with the advent of the national disability insurance scheme. The government will look very closely at Businesslink as it is doing with ServiceFirst,” he said.

The NSW Commission of Audit, released in May 2012, recommended that the NSW government turn its back on ServiceFirst in favour of a new body with responsibility for “procuring and managing outsourced services for clusters across the sector”.

NSW’s neighbouring states have both embarked down a similar path when it comes to reforming their own shared services arrangements. Victoria’s specialist IT services agency CenITex will be transformed into a broker of packages outsourced to the private sector as a result of a market testing process currently underway.

Queensland has announced that it will no longer be mandatory for its agencies to source corporate services (including some ICT services) from Queensland Shared Services (QSS). In the future, QSS will be expected to compete against the market to win these government contracts.

Constance also used the event to update industry and stakeholders on progress working through the 85 action items of the state’s whole-of-government ICT strategy, which he described as “without a doubt the best government IT strategy that has ever been produced in Australia” and “one of the best I have seen throughout the Asia-Pacific region”.

He also said he wanted to send a “clear message” to the new Abbott federal government that NSW is keen to capitalise on the “enormous benefits that will be derived from having a national broadband network”.

“We will be watching very closely the 60 day review of the NBN and the work that Malcolm Turnbull will do in this regard.”