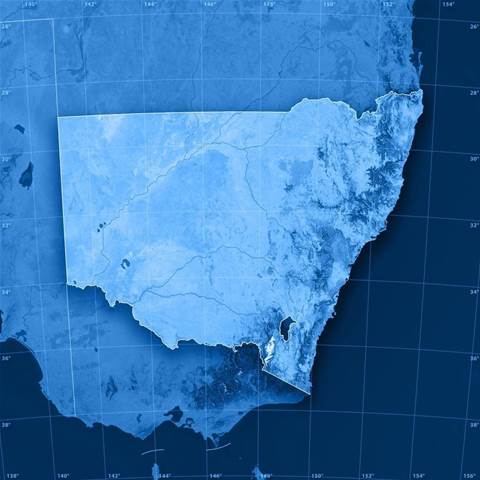 Maps out steps to move beyond digital.

The NSW government has unveiled its inaugural digital and customer strategy, promising to create ten new whole-of-government “foundational” platforms while also tackling some of the state’s most monolithic legacy systems.

The government-wide strategy, which comes just two-and-a-half years after the last digital strategy, outlines the government's plans to reimagine service delivery and enhance the customer - or citizen - experience.

It builds on the state’s digital achievements to date, particularly through the central service delivery agency Service NSW, but also more recent developments such as the creation of the Department of Customer Service to centralise customer-facing services under the one roof.

Aptly named ‘Beyond Digital’, the strategy aims to leverage “common digital platforms, architecture and services” where possible, while modernising the legacy systems that sit behind the shiny new front-end solutions.

This includes some of the state’s “priority legacy systems”, including the core operation policing system (COPS), which NSW Police has been trying to replace since 2015, and the DRIver and VEhicle IT System (DRIVES).

The government anticipates doing this using its new $100 million digital restart fund, which was revealed in this year’s state budget to support across-government digital projects over the next two years.

Underpinned by legislation that is still yet to pass through both houses of parliament, the fund intends to simplify the traditional government IT funding model that many IT leaders, including the state’s own chief information and digital officer Greg Wells, consider broken.

“Anything we invest in now, needs to be reusable,” the strategy states, adding that any new technology that is invested in will need to satisfy public interest tests.

“That means utilising common sources of data and optimising our use of the cloud, platform and software-as-a-service technologies.

“And it means always providing secure and trusted digital platforms and ways of interacting with our services.”

The government also plans to continue improvements procurement processes through initiatives like the state’s buy.nsw platform and formalise whole-of-government relationships and agreements with technology providers.

At a customer level, the strategy aims to meet rising expectations, as transactions and services - both in the private and public sectors - increasingly migrate online, by delivering “smart, simple and seamless personalised services available from anywhere”.

Central to this vision is the government’s plan for ‘tell us once’ functionality - which is already one of Premier Gladys Berejiklian's premier’s priorities - using the state’s existing 1.7 million My Service NSW customer accounts as a launching pad.

“Customers should only tell us once, or better still, with their consent, we proactively anticipate needs, so they don’t need to tell us at all,” the strategy states.

This tell us once approach will also extend to public servants, which will benefit from a new ‘employee passport’ allowing them to easily move between agencies without repeating information.

The strategy outlines plans to “establish the next ten foundational platforms and services to be used across government”, which will extend to payment services, proof of identity, secure cloud and customer feedback".

This is expected to help the government reach its new target of 80 percent for digital transactions available through Service NSW, though it has already surpassed its previous 2015 target of 70 percent last December.

The government will similarly improve and standardise digital government services that are already in play and “significantly reducing the number of NSW government websites”.

Feedback is another central tenet of the strategy, with digital services to be “measured by a range of quantitative and qualitative measures” and continuously improved.

The government plans to extend these service performance measures to the public via a dashboard in much the same way as the Digital Transformation Agency does.

Launching the strategy at Australian Computer Society’s Barangaroo office on Thursday night, NSW Customer Services Minister Victor Dominello said the strategy was about ensuring the customer was at the heart of the government’s digital efforts.

“I can have the shiniest toy on the planet. I can have the best analytics. But if it has not improved one life then it’s meaningless.”

Dominello was also quick to point out that digital was a shared push by all departments and agencies, not just the Department of Customer Service.

“Digital is not simply an organ within the Department of Customer Service,” he said.

Wells added that the strategy would be updated over time as separate ten-year cluster level plans, which are the basis of investment priorities, are finalised ahead of the 2020 state budget.

“What you’ll also see in the strategy at this stage are draft plans for clusters that we’ll refine over the coming budget process to get to a point where we can see across government what digital looks like,” he said.

The strategy also reveals a number of other whole-of-government strategies will be published over the coming year, including for the Internet of Things, artificial intelligence and enterprise resource planning.

“Beyond Digital sets the direction but, like the services we are creating, it will evolve and improve over time - with your help, insights and feedback,” the strategy states.