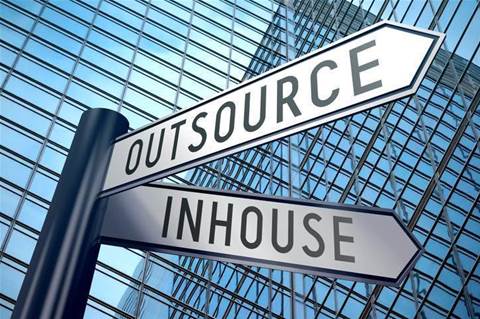 The NSW government has all but replaced its long-standing Unisys IT shared services arrangement with a blend of insourcing and outsourcing, resulting in the creation 150 in-house roles.

Agencies supported by Unisys under the GovConnect shared services program have been gradually transitioning to the new IT services model over the past 15 months, with the last remaining service line now due to be replaced before July.

Alongside payroll, HR and finance provider Infosys, Unisys has provided IT support to agencies like the Department of Customer Service (DCS) and Treasury since the government’s in-house ServiceFirst agency was disbanded in June 2015.

IT service management, including service desk, central infrastructure support, application services and mobile device, laptop and desktop support were among the services provided under an as-a-service model.

The six-year contract was expected to deliver savings of around $20 million a year once up and running through the “hybrid” delivery model, with around 30 percent of the workforce to be based offshore.

But cracks soon emerged, with the NSW auditor-general calling out “significant breakdowns” in the migration of back-office delivery less than two years into the contract with both Unisys and Infosys.

In response, the then Department of Finance, Services and Innovation established the GovConnect restart program aimed at improving the performance of the two providers over an 18-month period.

Unisys' underperformance persisted, however, and by October 2019, DCS had issued the IT giant with a notice of termination for convenience. Two months later in December 2019, the transition began.

Since then, the DCS has been busy insourcing the majority of the IT functions formerly provided by Unisys under GovConnet, with the remainder outsourced to new service providers.

Answers to question on notice from budget estimates last month indicate that eight of the 13 IT service lines will be provided in-house, which has created 150 new roles in the process.

“Our experience demonstrated that the delivery of governance, service management and security functions would be better provided by [DCS] with other services best provided by vendors,” the department said.

Datacom is providing “end point services and field services” under a $14 million contract, which began in July 2020 and will run for at least three years.

TCS is providing collaboration services, including Microsoft 365, for the next three years under a $6.4 million contract signed in September 2020, while Accenture is providing security operations services.

The largest of the contracts appears to be with AC3, which is providing computing integration services under a five year contract worth $39 million.

Announcing the contract last month, AC3 said it would on-board a “collection of environments consisting of approximately 4300 systems”, though did not mention GovConnect by name.

As part of this, it will work closely with DCS to “unify/optimise all systems and prepare them for transition to Amazon Web Services and Azure, as appropriate”.

At budget estimates, DCS secretary Emma Hogan said 11 of the 13 service lines previously held by Unisys had so far transitioned.

She said the two outstanding lines of services were due to be complete by April 2020, noting that the transition had expected to take place by December 2020.

But only one of the two was completed before this month, with a spokesperson saying the “final service line is in the process of transitioning with competition by June 2021”.

Hogan told estimates that the government had currently paid Unisys $237,000 for early contract termination, a figure that she said was not expected to climb any further.

“The maximum fee payable to Unisys as a result of the termination for convenience was approximately $3 million, but to date we have only be required to pay $237,000 and that is likely to be the case by June of this year,” she said.

The government is currently negotiating a new three-year contract with Infosys for payroll, HR and finance, as the existing contract is due to expire at the end of May.