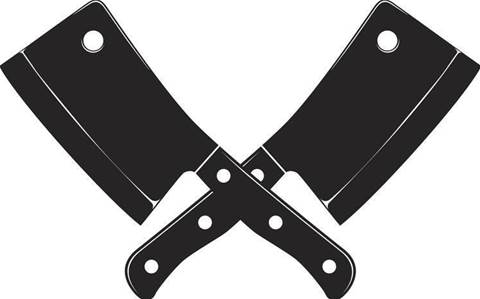 Telco hit first, IT next.

Technology consultants earning thousands of dollars a day on transformation projects in NSW government agencies are set to have their daily rates capped, as the state’s Finance Minister Damien Tudehope metes out strict new IT cost controls stipulated in 2019 State Budget.

Tudehope has confirmed to iTnews plans are now being drawn-up to apply cost controls similar to a crackdown on so-called Big Four consulting fees, which that caps consultants’ maximum daily rates at $4000 and includes a price schedule for specific grades and kinds of work.

The Finance minister is unapologetic about the big clawback that is on the Budget books at $731 million.

“This is all about ensuring we get the best advice in order to achieve the best outcome at the best possible value for NSW taxpayers,” Tudehope told iTnews.

“The capped rates work to reduce consultancy costs and deliver better value for money. These capped daily rates apply to a subset of consulting services under the Performance and Management Services Prequalification Scheme.

“The NSW Government is also in the process of developing a commercial framework for IT Consulting under the ICT Procurement Scheme,” Tudehope said.

Notably, telecommunications consultants are already roped in under the Performance and Management Services Prequalification Scheme (PMSPS).

The rollout of price caps for consulting rates, which hit on 1st July, has prompted concerted grizzling within major consultancies.

But the capped rates in NSW are comparatively monastic to that of Canberra, where McKinsey reportedly bowled up a daily rate of $16,000 in a pitch document for work on the overhaul of Human Services to Services Australia.

Treasurer and Former finance minister Dominic Perrottet has long had his eye on reducing the sometimes rapacious fees extracted by consultants, especially for increasingly commoditised work like service digitisation or embedding agile practices into agencies.

One issue the NSW government has to carefully navigate setting services rate caps is not to price itself out of the market, especially for limited skills pools that are also in high demand in private industry.

Some public sector agencies are currently allowed to pay ‘out of band’ for particularly hard to fill roles, with hotspots known to include cyber security and financials systems rebuilds.

What constitutes IT consulting as opposed to ‘performance and management services’ has become a bit of a moveable feast.

With digital delivery now becoming mainstream, what were once discreet tech practices now appear to be getting bolted onto other business lines covered by the ban.

Buried under umbrella consulting “engagement types” like business processes, project management and change management are a subset of “capabilities” that set out specific areas covered by the PMSPS and thus the consulting fee cap.

Under “government and business strategy” the capabilities of “Organisational Design / Transformation” and “Business intelligence” are listed while “project management” scoops up “'Lean', 'Agile', 'Design Thinking'”.

Salesforce consultants will not be please. CRM systems get a mention under the “service delivery” section of “specialised services.”

A date for when the IT consulting “commercial framework” come into effect was not provided.

The current PMS scheme changes listed for suppliers include “the introduction of a standard commercial framework for the PMS Scheme including role type definitions, capped resource rates, discount structure and capped expenses.”