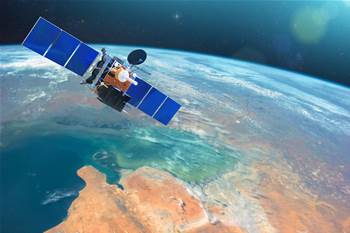 Earlier this month, the government revealed it had “reprioritised” the project to upgrade only the state’s most underserved regional and rural areas in a bid to prevent duplication.

It follows upgrades in some of the original areas planned to receive upgrades under gig state since the initiative was established three years ago.

In doing so, the government also refined the locations that will received upgrades, with Dubbo, Wagga Wagga and Parkes now excluded from the project.

Releasing the request for information on Thursday, the Department of Regional NSW said the refocused project would centre on improvements for those served by Sky Muster.

“The gig state project is now focusing on underserved regional areas and improving internet services in areas that have been left behind by the market,” it said.

“The gig state project will focus on improving connectivity to premises that current have the worst internet connectivity, typically serviced through NBN Sky Muster services.”

As iTnews has previously reported, DRNSW also plans to use gig state to explore how emerging technologies like low-earth orbit satellites might improve connectivity.

“Users outside of the fixed-line footprint who currently receive baseline services through satellite and fixed wireless are in danger of being left behind without similar investments,” the review said.

“Without similar investments across the fixed wireless and Sky Muster networks, the approximately 27 percent of regional, rural and remote Australians who use these services will be limited to peak download and upload speeds which are far lower than those available to the majority of other users.”

The NSW government also used the RFI to confirm that it no longer plans to “build and maintain ownership of assets”, arguing this approach would reduce delivery times and drive market collaboration.

“DRNSW will then be able to prioritise improving connectivity to communities on a satellite internet service where there are no service upgrade plans in place,” the department added.

Submissions to the RFI will close on 20 April.