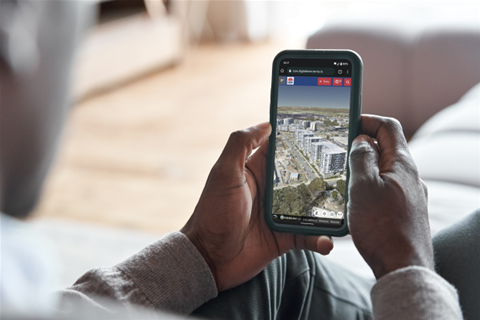 The NSW government will invest $40 million in its spatial digital twin over the next two years to deliver a 4D model of the entire state.

Digital Minister Victor Dominello announced the funding from the government's $2.1 billion digital restart fund on Friday after three years of work on the 4D model.

“This investment will cement NSW’s position as the world leader when it comes to spatial digital twin technology,” he said.

The funding follows an investment of similar magnitude by the Victoria government earlier this year to build out its digital twin.

NSW has been developing its spatial digital twin with Data61 since at least 2018 to provide a virtual representation of buildings, strata plans, terrain, property boundaries and utilities.

The proof-of-concept debuted in February 2020, with eight local government areas, including Greater Parramatta and the Olympic Peninsula, covered under the first phase.

Earlier this year, the spatial services arm of the Department of Customer Service began developing the business case to enable the planned statewide implementation.

It followed a recommendation in the independent inquiry into the Black Summer bushfires that the government “accelerate” the build to support firefighting efforts in the future.

In September, DCS enlisted with a Telstra-led consortium to deliver the technical components needed to prove a beta implementation.

“This digital architecture makes it possible to visualise a development digitally before it is physically built, making it easier to plan and predict outcomes of infrastructure projects,” Dominello said.

Dominello added that the digital spatial twin recently became available on mobile device, which delivers on the government “commitment to make data more accessible for the people of NSW”.

Dominello also said that the spatial digital twin will form part of a broader program of work called Live.NSW.

He said the program will deliver a new customer platform in early 2022 that will provide a centralised point for people to learn about existing or planned infrastructure.

“The Live.NSW customer platform can be used to inform life decisions like where to move based on school catchments, as well as improving engagement with government planning and delivery,” he said.

“Live.NSW will be highly visual, interactive and easy to use, with customers able to search their suburb and check information available in their area that is relevant to their needs.”