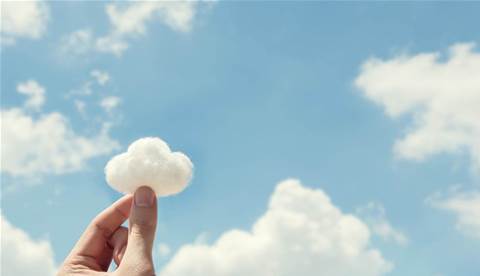 Less than five percent of major investments to be hosted elsewhere.

More than 95 percent of major government IT infrastructure investments in NSW are expected to be born in the public cloud in future, as the Customer Service department tries to accelerate a shift to operating expenditure.

“Less than five percent of major investments in ICT infrastructure will require exemptions to the public cloud policy,” he said.

Under the latest iteration of the government’s cloud policy, all agencies are now required to “make use of public cloud services as the default”.

Where public cloud is not suitable for agency requirements, private cloud services through GovDC can be used by "exception".

Geraghty revealed on Wednesday that approximately 17 percent of IT services across government are currently hosted in the public cloud, leaving around eight percent to shift over the next 12 months.

He said the government is banking on “a 25 percent reduction in capital expenditure on ICT infrastructure”.

The mandate is being used as a means to facilitate a shift away from "CapEx and five-year [technology] refreshes to an OpEx sustainable model”.

The government is also looking at establishing a cloud academy, or community of practice, to help support the shift over the coming years.

“I’m responsible for running two networks of excellence at the moment: one centred on Salesforce and another one centred on integration technologies,” Geraghty said.

“And we think that we can adapt that model successfully to build out a cloud network of excellence across NSW government.”

With the adoption of public cloud growing among agencies, Geraghty said the use of GovDC had peaked and he expected it to decline over the coming years.

The government currently has more than 1000 racks in the two GovDC facilities in Unanderra and Silverwater, equating to three megawatts of active workload.

“What we’re [now] seeing is that the workload in GovDC ... is tapering to level and will eventually fall, but the rest of the workload is going into the [public] cloud.

“So the NSW government is closely following this trend of moving to public cloud and the policy and strategy is all about driving that move and setting some targets around when it needs to happen.”

Geraghty also said that 62 percent of the workloads being managed within GovDC are legacy systems and apps, but he said this is rapidly changing.

“In Road and Maritime Services (RMS), major components of the DRIVES application are being moved to the cloud,” he said.

Geraghty also touched on the government secure network that Telstra Purple has been enlisted to pilot over the next year under a $432,000 contract.

DCS went looking for the secure network, or inter- and intra-data centre “fabric”, earlier this year to replace the GovDC managed services backbone.

Geraghty said the network – which he likened to the Commonwealth’s cyber hub model – will allow interconnectivity between agencies and cloud services such as GovDC and public cloud providers.

“We’ve just launched the government secure network, which is the infrastructure that binds all of these together in a secure manner,” he said.