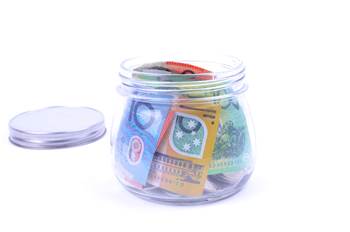 Budget 2022: But no additional new funding.

The NSW government will release another $126.7 million from its $2.1 billion digital restart fund (DRF) over the next three years, the 2022 state budget reveals.

But budget documents show no additional investment in the fund for the first time since it was created in 2019, having been boosted by $500 million last year and $1.6 billion in 2020.

New allocations from the fund since the half-yearly review in December include $38.8 million over two years for the e-Regulation platform, which will deliver a “single case management system for regulators and businesses in NSW”.

The government will spend $33.1 million uplifting the “security of operating systems and applications”, including at the NSW Electoral Commission, to allow “agencies to manage cyber threats more proactively”.

The commission had $4.8 million approved from the fund in February to perform the most urgent cyber security upgrades to its systems after three previous funding proposals were knocked back.

The Department of Planning and Environment, meanwhile, will receive $4.4 million from the $33.1 million package in 2022-23 for the second phase of its cyber security uplift program, which began last year.

Budget documents show the remaining $23.9 million from the package will flow to another seven initiatives across multiple agencies, including to the NSW Education Standards Authority.

Health will also get $20 million for the Digital Access to Care, Customers at the Centre of their Care Program to improve the way local health districts manage inbound patient referrals.

A further $19.8 million over three years will allow the Office of the Valuer-General to replace a 20-year old legacy system for land valuations with a new interactive platform.

Budget documents also show that Service NSW will be granted $77.6 million in recurrent expenses and $150.7 million in capital expenditure from the fund in 2022-23.

The funding will be used by the one-stop shop for digital services to “support whole-of-government future digital transformation strategy and investment”.

Service NSW will also receive $73.4 million in 2022-23 from outside the fund, a portion of which will be used to “respond to growing demand across frontline and digital channels”.

It is not clear whether this funding contains the $8.9 million provided in the half-yearly budget update for a personalised digital wallet that will allow citizens to prove their identity.

Digital minister Victor Dominello said that with the “additional investment in digital identity and upgrades to the Service NSW app, more of these services will be accessible via your smartphone”.

“These included new products such as the digital birth certificate and the NSW education wallet as well as online renewals of Working with Children Checks, NDIS Worker Checks and occupational licences using photo-matching technology,” he said.