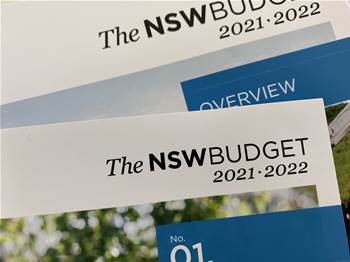 The NSW government will pour another half a billion dollars into its digital restart fund to kickstart the statewide single digital patient record project and bolster cyber security across departments.

That brings up the total to $2.1 billion over four years following the government’s $1.6 billion investment last year, which included $240 million for cyber security.

Digital Minister Victor Dominello said the funding would aid the state’s digital ambitions, allowing the government to accelerate new digital products and services over the next 12 months.

“We are increasing the digital restart fund’s budget to $2.1 billion, thanks to an extra $500 million over three years,” he said.

The funding contributes to three “significant new initiatives”, the largest of which appears to be the statewide single digital patient record project.

NSW Health will receive $141 million in 2021-22 for phase one of an electronic medical record, which is set to replace a collection of core clinical and laboratory information management systems.

Funding will also flow to the mass cyber uplift currently underway across government, with a series of cyber security projects aimed at improving operating systems and applications security.

The Department of Communities and Justice is the only department to have its cyber security funding detailed in the budget, with $85 million set aside over four years.

NSW Health will similarly receive an undisclosed amount of cash in 2021-22 for a ‘health cyber uplift’ to mitigate vulnerabilities and protect sensitive health information.

The departments of Education; Planning, Industry and Environment; Premier and Cabinet; and Transport for NSW, as well as NSW Police, will also receive new funding for cyber security.

Meanwhile, the whole-of-government Data Analytics Centre, based out of the Department of Customer Service, will receive $38.3 million over the next four years.

Dominello remarked that the centre had been “crucial in informing the state’s response to Covid-19”.

Customer Service will also receive $23 million over three years for an ‘eConstruction’ initiative aimed at developing a “digital platform for certification registries”.

Both initiatives are part of a wider $130 million funding boost to the department, much of which will flow towards Service NSW, the government’s one-stop shop for services.

“The Department of Customer Service will also see a $130 million funding boost, the lion’s share of which will go towards the work of Service NSW,” Dominello said.

“We want to save customers time and money when interacting with government, and technology is a critical part of the solution as we’ve seen with the Service NSW app, the NSW QR code system and Dine & Discover vouchers.

“The funding also allows us to build on popular products like the digital driver's licence, FuelCheck and Park’nPay, which also uplifting our cyber and information security systems.”

Treasurer Dominic Perrottet also noted the importance of the “digital government platform” in the state’s Covid-19 recovery, describing it as NSW’s “secret weapon”.

Other projects funded through the digital restart fund include: