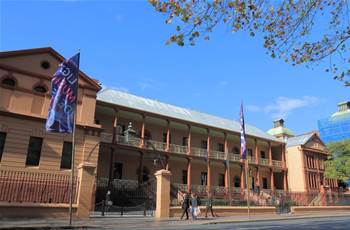 Legislation banning police from accessing check-in data in NSW has passed through parliament following a spate of cases where law enforcement accessed the data in other states.

The bill strengthens the privacy protections behind the Service NSW app by preventing QR check-in data from being used or disclosed other than for the “purposes for which it was collected”.

Until now, the NSW government has relied on public health orders – an administrative provision that can be changed by the health minister of the day – to prevent law enforcement from accessing the data.

In other jurisdictions, including Western Australia and Victoria, policing agencies have sought to access check-in app data, leading to similar legislative reforms.

Western Australia – which sparked the concerns about the use of check-in data – passed laws to plug privacy gaps in June, while Victoria has further restricted the use of data in its now-passed Pandemic Management Bill.

“The bill takes the long-standing position that check-in data is to be used only for the purpose it was collected, for contact tracing, and enshrines it in legislation,” he said introducing the bill.

“It will ensure that information cannot be accessed for secondary purposes, including for law enforcement and by use of a warrant.”

Greens MLC David Shoebridge, who spoke in support of the bill on Friday, said it will “move protections that... can be changed at the whim of the health minister, and place them within primary legislation”.

“Usefully, the provisions of the bill will have effect despite any other law, including a warrant. So the police cannot obtain information by warrant. That is one of the key reasons we support this bill,” he added.