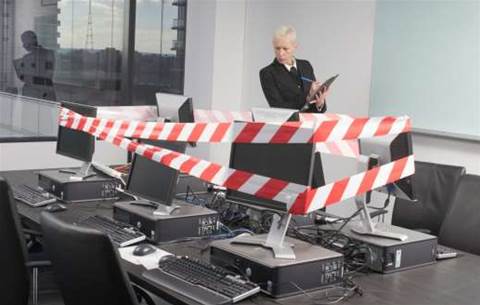 Cause of connectivity issues unknown.

North Korea experienced an almost 10 hour internet outage today amidst a confrontation with the United States over the hacking of Sony Pictures.

According to US-based internet infrastructure monitoring company Dyn Research, the cause of the disruptions was unclear but could range from technological glitches to a hacking attack.

Several US officials close to the investigations of the attack on Sony Pictures said the US government was not involved in any cyber action against Pyongyang.

US President Barack Obama last Friday vowed to respond to the major cyber attack, which he blamed on North Korea, "in a place and time and manner that we choose."

The day prior Washington had requested China's help, asking Beijing to shut down servers and routers used by North Korea that run through Chinese networks, according to senior administration officials.

The United States also asked China to identify any North Korea hackers operating in China and, if found, send them back to North Korea. It wants China to send a strong message to Pyongyang that such acts will not be tolerated, the officials said.

China had yet to respond directly to the US requests, the officials added.

The Chinese Foreign Ministry today said it opposed all forms of cyberattacks and that there was no proof that North Korea was responsible for the Sony hacking.

North Korea has denied it was behind the Sony attack and vowed to hit back against any US retaliation.

The hackers said they were incensed by a Sony comedy about a fictional assassination of North Korean leader Kim Jong Un, which the movie studio has now pulled from general release.

The United States had also asked several other countries in the region for help, including Japan, which strongly condemned the attacks but stopped short of blaming North Korea.

Doug Madory, director of internet analysis at Dyn Research, said North Korea's connectivity to the outside world had progressively degraded over the past 24 hours and had resulted in the country going totally offline. The issues were resolved and connectivity restored after nine and a half hours.

"There's either a benign explanation - their routers are perhaps having a software glitch; that’s possible. It also seems possible that somebody can be directing some sort of an attack against them and they're having trouble staying online," he said.

Current and former US law enforcement and security officials said only a tiny number of people in North Korea's leadership have access to the internet, and that almost all its internet links and traffic pass through China.

In its statement today, China made no reference to calls by the United States for joint action with it and other countries to counter any similar cyberattacks.

"Before making any conclusions there has to be a full (accounting of) the facts and foundation," Foreign Ministry spokeswoman Hua Chunying said.

"China will handle it in accordance with relevant international and Chinese laws according to the facts."

China is North Korea's only major ally and would be central to any US efforts to crack down on the isolated state.

But the United States has also accused China of cyber spying in the past, and a US official has said the attack on Sony could have used Chinese servers to mask its origin.

At the United Nations, US Ambassador Samantha Power dismissed as absurd Pyongyang's demand for a joint US-North Korean investigation of the hacking of Sony Pictures and threats of retaliation if the United States refused.

"It is exactly the kind of behaviour we have come to expect from a regime that threatened to take 'merciless countermeasures' against the US over a Hollywood comedy, and has no qualms about holding tens of thousands of people in harrowing gulags," Power said.