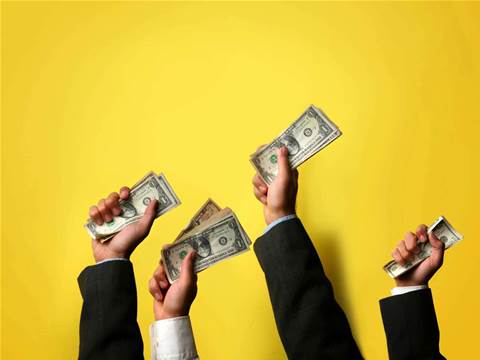 Finland's Nokia said it was open to selling off its maps business, setting in motion an auction process that has pitted players like Uber and Baidu against carmakers in a deal that could be worth up to US$4 billion (A$5 billion).

The announcement of the sale came after Nokia announced a €15.6 billion (A$22 billion) takeover of network equipment maker Alcatel-Lucent.

A separate source, from the auto industry, said that each of the three carmakers was prepared to chip in up to €700 million but that the percentage stakes of each manufacturer was not yet fixed.

The carmakers have made an indicative offer for an undisclosed amount. But they have not heard back from Nokia and are waiting for a response before they weigh whether to top up their bid, another auto industry figure said.

"The upper limit is basically what it would cost to build the maps through other means, by partnering with another player or going it alone, for example," the auto industry source said.

A second financial industry source said carmakers were ready to include other financial players in their consortium, but will demand they retain overall control of the map assets. There is no hard deadline for final offers, but the process is at its end and could come to a head in days rather than weeks.

Uber has teamed with China's Baidu and private equity firm Apax Partners to also bid for HERE, for undisclosed terms, people with knowledge of the matter said.

Auto industry players remain fairly relaxed about their chances as a snub to them could potentially be costly for HERE, as it depends on carmakers - which use its maps in vehicle navigation systems - for more than half of its revenue.

Carmakers are counting on these maps to provide crucial context for collision-detection systems in future cars. But they believe other options exist, including turning to rival TomTom, industry sources said.

"We are not out of the race as far as we know and Nokia would also have something to worry about if we were," the first automotive industry source said.