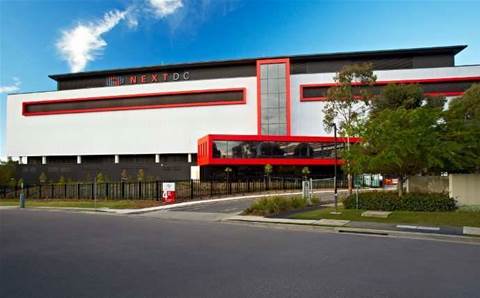 Books 'over 5MW' of orders for initial build.

NextDC is set to bring extra capacity online at its forthcoming second Sydney data centre faster than expected after taking orders for almost all of the site’s initial 6MW capacity.

The company announced plans for Sydney 2 (S2) back in September 2016 and secured new debt facilities for the build - and others - in the middle of last year.

When completed, S2 will have around 8700 square metres of technical space and a total IT capacity of 30MW.

“Development and construction of S2 is currently underway and the site is expected to open in 1HFY19 with an initial capacity of 6MW,” NextDC said in a statement just prior to Christmas.

However, like other parts of Australia’s data centre market, NextDC is already seeing stronger than forecast interest in the new space.

It “has already received orders for more than 5MW of capacity” out of the initial 6MW, and - according to CEO Craig Scroggie - it is enough to fast-track the buildout of additional capacity at the site.

“Based on receipt of these orders as well as the strength of its sales pipeline, [we] expect to accelerate the development of an additional 4MW of capacity into FY19, which would take the total built capacity at S2 to approximately 10MW,” Scroggie said.

“Notwithstanding the orders already received for S2, we remain in advanced negotiations in relation to further large customer opportunities that have the potential to result in a significant increase in the company’s contracted utilisation base”.

Equinix is also set for major expansion of its Australian operations, building on a $1 billion takeover of Metronode.