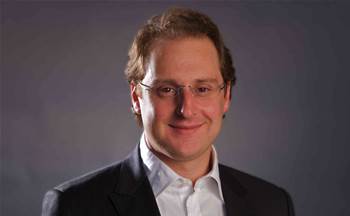 Equinix is hoping to convert some of the individual data centres it is buying from Metronode for $1 billion into “campuses” of data halls.

Australian managing director Jeremy Deutsch told iTnews there is likely to be “considerable” expansion of the existing Metronode footprint - which numbers 10 data centres - “over the next few years.”

Deutsch will speak at the upcoming Cloud & DC Edge 2018 in March, which is co-organised by ADAPT Ventures and iTnews.

The planned growth will be facilitated in part by Metronode’s sizable land holdings - a key asset highlighted by Equinix in its acquisition announcement.

“One of the things that was very complementary for us with the Metronode acquisition is that they have acquired a large amount of land over the years in various markets,” Deutsch said.

“That land gives us the opportunity to scale out over time.

“We do expect that there’s going to be further opportunity to expand these facilities quite considerably over the next few years.”

One of the options on the table is to build out Metronode’s Sydney and Melbourne data centres as campuses, meaning Equinix would have two campus-style environments in each city.

Pre-acquisition, Equinix Australia runs a campus for four data centres south of the Sydney CBD (SY1-4) and also has a Melbourne campus known as ME1.

“When you look at Sydney and Melbourne we did have people coming to us asking for more than one campus environment in those two markets,” Deutsch said.

“So in Sydney and Melbourne where we have a clustered campus we now have second sites - and second campuses we hope over time - to make sure we can scale our customers across primary and secondary environments if they want them in the same metro.

“So really this was a very synergistic acquisition for us and a very complementary footprint for our [existing] campuses.”

“So consider it a large property with only a small portion of it actually currently completed,” he said.

Having geographically diverse campuses in a single capital city could make Equinix attractive to cloud providers that like to have multiple availability zones within a single “region” of service availability.

Equally, the expansion of Equinix’s presence into more capital cities - it will grow from two to six capitals after the purchase - could prove valuable for enterprise customers.

“From a domestic enterprise perspective when they’re looking to support their end users or end customers in different markets around Australia they may want to have some of their IT infrastructure distributed closer to the ‘edge’, and now we can support that,” Deutsch said.

He said an expanded capital city presence was high on the wishlist of existing Equinix customers.

“Now they’re looking at distributing their IT architecture, and they’ll be able to leverage [the] new locations.”

Pending regulatory approval, Equinix is hoping to close its buyout of Metronode in the first half of 2018.

At that point, Deutsch said the two companies would come together on a plan to incorporate the Metronode assets.

“What we expect then is we’ll do a sit down with the Metronode team and do an integration plan and work out how that’s going to work over time,” Deutsch said.

“But we’re really excited to support the Metronode staff and customers.”

Don’t delay in securing your place at Australia’s leading cloud and infrastructure event. For more information and to register to attend Cloud & DC Edge 2018, visit the website.