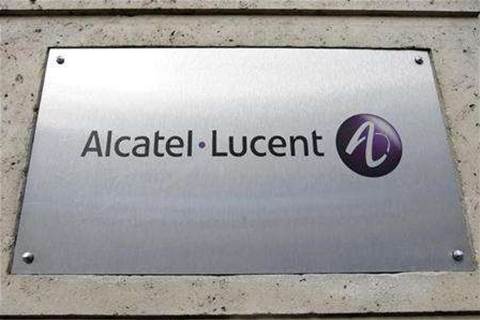 The logo of Alcatel-Lucent is pictured at the entrance of its Paris headquarters December 12, 2008. Credit: Reuters/Charles Platiau/Files

Michel Combes, who will take over as chief executive of Alcatel-Lucent on April 2, will present his plan for the loss-making telecom equipment maker in June, a spokeswoman said.

The 51 year-old former head of Vodafone's European business faces a steep task if he is to solve the group's problems of persistent cash burn, high costs, and stiff competition from larger rivals Sweden's Ericsson and China's Huawei.

His predecessor Ben Verwaayen was unable to deliver a promised turnaround in his five-year-long tenure, hampered by being too slow to launch major cost cuts and also weak demand for telecom gear last year. His departure was announced in February after the group posted a 1.4 billion-euro (A$1.7 billion) net loss for 2012.

"Combes gave himself the month of March to listen and learn about the situation of the company by meeting with major customers and employees," said a spokeswoman for Alcatel-Lucent.

"He will take two months to decide on a plan and will announce in June the major strategic orientations for the group in the three coming years."

Labour union representatives who met with Combes on Monday said they expected him to accelerate the 1.25 billion euro cost-cutting plan, which includes 5500 job cuts, started by previous management, but to take time to decide on asset sales because the group secured additional funding in a January bond issue.

"Michel Combes explained that it was imperative to go more quickly on the plan to cut jobs," said a labour union source who declined to be named because the talks were internal.

"He doesn't reject the idea of asset sales if they make sense, but we are no longer in an urgent mode to sell under pressure from the markets."

Alcatel-Lucent said last year it was considering divesting non-core assets worth between 1 billion and 1.5 billion euros.

Banking sources earlier told Reuters that the undersea optical cable business, and a unit that sells telecom gear and services to corporate customers were being evaluated for sale.

Some analysts have already begun to say that Combes may have to go much further to reduce the size and product portfolio of Alcatel-Lucent for it to achieve its 2015 target for an adjusted operating margin of 6 to 9 percent.

Morgan Stanley analyst Francois Meunier argued in a note that Alcatel-Lucent should sell off its entire optics business — undersea cables and land where competition with China's Huawei is fierce — as well as its fixed line products, long one of the group's core strengths.

Pierre Ferragu from Bernstein Research also believes a more radical revamp of the group's activities will be needed, but questioned whether the company's board and management team would agree.

"For the time being, it seems that Combes does not have the backing from the board to implement radical changes to the company's perimeter," said Ferragu, adding that the CEO's pay package and bonus were linked to the 2015 objectives laid out by his predecessor.

"But Combes could later come back to the board in six months or a year and seek support for bolder changes."

Alcatel-Lucent's selling and administrative expenses as a percentage of sales stands at 16 percent, compared with 11 percent for competitors Ericsson and 10.5 percent for Nokia-Siemens Netwoks, according to analysts.