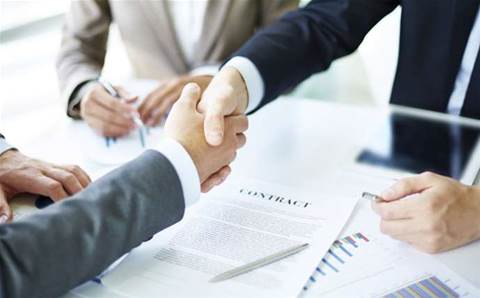 Deal to go ahead.

Oracle's proposed US$9.3 billion (A$12.1 billion) acquisition of cloud storage company NetSuite will move forward after more than half of eligible NetSuite shareholders backed the bid.

Oracle said holders of 53 percent of unaffiliated NetSuite shares agreed to tender their shares by a Friday deadline. The deal will be completed on Monday, Oracle said.

Oracle offered to buy NetSuite in July for US$109 a share to respond to challenges from rival enterprise software companies such as Workday and Salesforce that sell popular cloud-based software products.

Investment manager T. Rowe Price, NetSuite's second-largest shareholder behind Ellison, had objected that Oracle's offer was too low and said it would not tender its shares.

T. Rowe sent a letter last week to Oracle suggesting the company raise its offer to US$133 per share. As of July, T. Rowe owned 12.2 million NetSuite shares.

NetSuite shares went on a rollercoaster ride ahead of Oracle's Friday offer deadline. On Thursday, the company's shares jumped by more than 6 percent before trading was temporarily halted, then fell 3.8 percent on Friday to close at US$90.34.

According to terms of the Oracle agreement, a majority of NetSuite's 40.8 million unaffiliated shares, or shares not tied to Ellison and other insiders, had to be tendered to complete the deal.