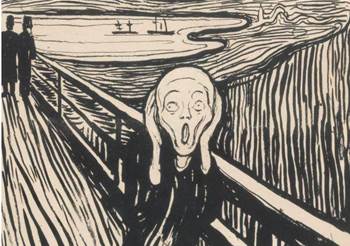 “We have many systems that cannot handle negative interest rates… There's just no scope for it.”

That’s the chilling matter-of-fact admission of the National Australia Bank’s interim chief executive Phil Chronican, following tests of how his institution’s massive IT systems would cope with interest rates inverting from positive to negative, in what is shaping up to be a core systems horror show.

As of last Friday, all of Australia’s Big Four banks have essentially conceded they would struggle to make their transactional and mortgage systems cope with a switch to negative interest rates, with their CEO’s confirming a rapid testing is now underway to model the consequences of a flip.

In what is shaping up to be a new Y2K moment, chiefs at the ANZ, CBA, NAB and Westpac have all confirmed they are war-gaming the implications of trying to enter negative values into systems that were only ever coded to process positive interest as rate cuts increasingly lose their effect.

While the scenario is remote, it’s not so remote that it’s being dismissed by bank boards intent on avoiding a scenario where their systems just stop working because the idea of paying people to borrow money rather than charging for it was never coded in.

While institutional banking trading and modelling systems have a range of abnormal scenarios or contingencies for ‘Black Swan’ market events, everyday retail transactional accounts and mortgage ledgers systems – and the databases and applications that underpin them – by and large do not.

Giving evidence to the House of Representatives Standing Committee on Economics on Friday, Chronican candidly admitted NAB’s core systems were not yet up for an interest rate flip.

“Generally speaking, the idea of negative interest rates was never contemplated when some of our core systems were developed,” Chronican said, before cautioning that the scenario was still sufficiently remote not to start justifying new modifications.

The cost of which would be eye watering.

“We've done some high-level analysis of it, but we are not going through trying to build for it either at this stage,” Chronican said.

ANZ’s chief executive Shayne Elliott is similarly unenthusiastic about the idea, but also fessed up to testing for the unthinkable.

“We've done some initial testing in both New Zealand and Australia to assure ourselves that, if we ended up having to offer negative interest rates on deposits, or if some of the bonds that we owned were negative yielding, our systems would cope” Elliott said, before also conceding to issues.

Elliott also stressed that it wasn’t just IT that would be hit by such a big change, though it would have an impact.

Asked if the tests were in preparation or “just as a cautionary measure” Elliott told the Committee “it's totally cautionary”.

“I think it's an incredibly low probability, but it would be prudent for us to just be prepared.”

In other words low, but not impossible.

“Yes. We are doing that work to determine if there are any limitations with a number of our systems from being able to accept negative rates. We would say we think it's extremely unlikely,” Comyn said.

“We thought it would be prudent to ensure that if those extremely unlikely circumstances ever did eventuate, we need to understand what the impacts of that change would be. My current understanding is that many of the systems would not have a problem but we have not completed the analysis,” Comyn said, leaving considerable wriggle room.

Westpac’s Brian ‘no bugs’ Hartzer, is also praying the economy holds up, as will his recent hire, CIO Craig Bright.

We have been looking at that, and it certainly raises a bunch of new challenges. We're still working through the systems question. It depends a bit on exactly what that means.

“It tends to be about what happens in institutional borrowing markets and with central banks and the like. So we think we're in reasonable shape to deal with that. We also don't think it's going to happen. We think it's pretty unlikely. Certainly, we're preparing for the possibility,” Hartzer said.

“But there are lots of systems within financial markets that need to be looked at that we need to get to the bottom of, in terms of models that we use and the like.”