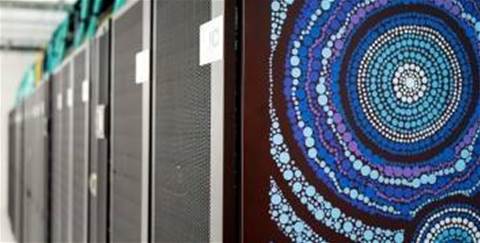 Most powerful supercomputer in Southern Hemisphere.

Australia’s newest and fastest supercomputer has broken into the ranks of the top 25 most powerful machines in the world, one of only two Australian entrants in the latest Top500 rankings.

The National Computational Infrastructure’s (NCI) ‘Gadi’ supercomputer was built by Fujitsu to replace its ageing ‘Raijin’ supercomputer and was named after the word ‘to search for’ in the language of the Ngunnawal people.

The $70 million supercomputer was fully commissioned earlier this year, but by the November 2019 Top500 rankings enough of Gadi had gone online to earn the cluster 47th place in the world.

At the time, the NCI said it hoped the finished machine would place among the world’s top 25.

NCI director, Professor Sean Smith, said Gadi has already been put to use by a large community of researchers from the likes of the CSIRO, Bureau of Meteorology (BoM), Geoscience Australia and Australian National University.

“The computational performance available on Gadi is unprecedented in Australia, enabling rapid response to national emergencies, such as COVID-19 and bushfires, that we could not have approached before,” Smith said.

“We have over 5000 users that rely on NCI’s high-performance compute and data services to produce world-leading scientific research.

“With Gadi now fully operational, these users will be able to perform their work faster, and with greater precision.

“Gadi is, quite simply, a critical foundational infrastructure for Australia and Australian research.”

One project underway is a BoM effort to produce high-resolution fire-atmospheric models capable of representing the complex interactions between fires and weather systems.

Known as ACCESS-Fire, the model shows the interactions between the intense heat of bushfires, the moisture release, and corresponding atmospheric circulation to try and predict the path of fires and the spread of smoke.

“The Gadi supercomputer will be used to support transitioning the experimental models to routine operation.

“Improvements such as those from the fire model and specific event case studies are used to better plan fire suppression operations, reduce risk to firefighters and assist the community in affected areas."

While Gadi came in 25th overall, the top spot was taken out by another Fujitsu system - Japan’s Fugaku.

Fugaku is powered by Fujitsu’s 48-core A64FX SoC, becoming the first number one system on the list to be powered by ARM processors.

The new system is installed at RIKEN Center for Computational Science (R-CCS) in Kobe, Japan.

It beat out the IBM-built SImmit system located at the US Oak Ridge National Laboratory, which has held the top spot for the past four Top500 rankings.

Fugaku turned in a High Performance Linpack (HPL) result of 415.5 petaflops, outperforming the Summit system by a factor of 2.8x.

The only Australian high performance compute (HPC) cluster left in the Top500 is a cloud system operated by ‘Software Company (M)’ and manufactured by Lenovo, currently ranked 297th.

A group of three local cloud providers, including ‘Software Company (M)’, first made an appearance on the semi-annual list in June 2018.