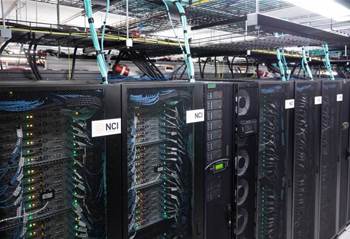 The latest global ranking of high performance compute clusters is a mixed bag for Australia, saved by the National Computational Infrastructure’s (NCI) introduction of its new supercomputer.

Phase one of NCI’s Gadi, which was made available for user testing on Monday, stormed into 47th place based on Teraflops (Tflop/s) - the ability to execute one million million (1012) floating-point operations per second.

When completed, the NCI hopes Gadi will be among the top 25 most powerful machines globally.

The NCI’s ageing Raijin supercomputer was the next highest ranking Australian supercomputer, despite being slated for decommissioning in late January.

Raijin is currently ranked 239th in world, a slip of 66 places from the June Top500.

Australia’s other national HPC facility, the Pawsey Supercomputing Centre, has finally fallen out of the top 500 after only scraping into 454th position in the last listing. Pawsey was granted $70 million from the federal government in April 2018 to replace its Magnus supercomputer, and is currently seeking tenders for the new build.

Meanwhile, locally-based cloud providers have largely fallen out of the top 500 after making a sudden appearance in last year’s lists.

IBM's Summit and Sierra machines at the US Department of Energy once again took out spots one and two respectively, followed by The National Supercomputing Center in Wuxi, China.