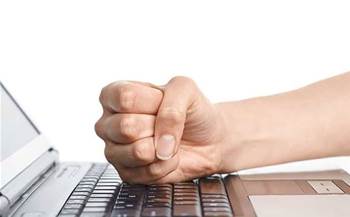 Hundreds of residential and business customers are temporarily - and in some cases permanently - losing their existing phone number owing to confusion about the NBN migration process.

The Telecommunications Industry Ombudsman (TIO) said in a report [pdf] late yesterday that it wrote to 23 retail service providers (RSPs) to raise the issue in October last year.

While losing a telephone number in the migration to NBN “does not occur frequently”, the TIO said it recorded 661 complaints “about telephone number problems relating to services delivered over the NBN” in the last six months of 2017 alone.

As such, the TIO branded the problem as “systemic” and recommended ways that RSPs and their customers might minimise future instances.

“Most lost numbers are ultimately retrieved; [however] retrieval can take time and be disruptive for a residential consumer or small business,” the ombudsman said.

“Sometimes the number can be permanently lost.”

The TIO wants RSPs to change their onboarding processes and forms to make it much harder for a customer to lose their existing phone number as part of an NBN migration.

Some forms assumed the customer would simply want a new number and not want to keep their old number; others failed to address the issue at all.

Service providers were known to make some errors that resulted in phone numbers being disconnected, although the TIO noted they “gave little detail as to what types of errors occur” in responses to a TIO survey.

However, one of the main causes of numbers not being ported across to the NBN was simply consumer error or inaction to prepare for the NBN migration.

Some customers didn’t migrate services within the mandatory 18-month disconnection window, meaning they were disconnected and could no longer be transferred.

Other customers made errors when inputting the phone number they wanted to keep, while others prematurely cancelled their existing service - before the NBN service was live - meaning they also lost their number.

The TIO said that RSPs could help simplify the transition process for customers.

This could include “requiring consumers to opt-out of keeping their existing fixed line telephone numbers (including any fax number) after NBN migration, rather than opt-in”, and requiring them to input their existing phone number into an order form - with the NBN service order held up if this information is not provided.

The TIO also wants to see better communication channels between different RSPs so that numbers can be more quickly recovered in the event that they are disconnected against the customer’s wishes.

“The TIO considers complications could be prevented through better communication between providers.”