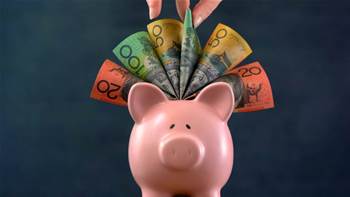 New modelling shows it won't stop margins being squeezed, either.

Design flaws are already appearing in NBN Co’s proposed ‘soft cap’ on excess bandwidth costs, with most internet providers unlikely to qualify for relief, and widespread suspicion the scheme is designed to disincentivize migrating NBN customers away to 5G.

The year-long ‘soft cap’ is the centrepiece of NBN Co’s response to industry feedback on a pricing consultation it is currently running.

Retail service providers (RSPs) asked NBN Co for short-term relief from rising connectivity virtual circuit (CVC) bandwidth costs, and for the entire construct to be canned in the mid-to-longer term.

Aussie Broadband asked NBN Co to reinstate a bandwidth bonus that ran through 2020 and that shielded RSPs from excess fees incurred by increased broadband use over the period.

NBN Co responded, however, with the conditional ‘soft cap’. The immediate response was lukewarm at best, and a week later, major flaws in the proposal are now being exposed.

In a presentation to the CommsDay Summit on Wednesday, Aussie Broadband managing director Phillip Britt produced modelling of how the ‘soft cap’ would impact a generic RSP whose bandwidth requirements grew at around 20 percent per year, a level the Australian Competition and Consumer Commission (ACCC) considers normal.

Britt revealed an important point: the ‘soft cap’ is only designed to cut in if usage goes up by 22 percent or more; anything below that does not qualify for an ounce of relief.

“In essence, unless usage goes above about 22 percent, the ‘soft cap’ doesn’t actually kick in,” Britt told iTnews.

“It’s really only a mechanism that’s useful in an unusual usage scenario like Covid. But if usage is just doing its normal incremental growth like we’ve seen over the last four-to-five years or so, then the ‘soft cap’ doesn’t actually kick in.”

Based on NBN Co’s previous description of the conditions of the ‘soft cap’, it effectively normalises an up to 7 percent increase in costs, either on a rolling three month average or compared to the first quarter of calendar year 2021.

“I think it’s well-intentioned but it’s very carefully crafted so that if usage is as NBN Co expects then wholesale costs effectively go up in line with that, but if it steps outside that range too far then the ‘soft cap’ kicks in,” Britt said.

As NBN Co has previously said, the ‘soft cap’ would also be conditionally applied if usage went above 30 percent; questions would be asked as to why growth had suddenly spiked to that level, further narrowing the range in which the proposed scheme might apply.

Britt said in his CommsDay Summit presentation that his modelling showed the ‘soft cap’ was also “useless for at least half of [the] 12 month timeline” in which it is meant to run.

“There is no disputing that consumers’ use of data continues to increase year-on-year, with industry figures showing between 20 and 30 percent,” he said.

“In most things telco, prices either go down or included value goes up over time. For example, in the last three years we’ve seen backhaul prices go from 15 cents down to five cents per Mbps on common routes, and in retail circles customers have seen significantly increased included value on mobile plans.

“Yet in NBN Co’s pricing model for CVC, if data usage goes up by 20 percent, the cost to retail service providers doubles.”

Britt predicted providers’ gross margins would decline by 7.1 percent over the next 24 months, even with the ‘soft cap’ in place.

This would lead either to price hikes at the consumer level or quality-of-service downgrades, he predicted.

A second aspect of the ‘soft cap’ is the conditional requirement that RSPs keep their monthly churn "below [their] historical annualised churn rate plus 10 percent”.

While largely missed at the time, there is broad industry consensus that this is intended to act as a disincentive to purposely moving NBN customers onto 5G, by disqualifying the RSP from potential excess fee relief.

This was enunciated by the shadow minister for communications Michelle Rowland in a presentation to the summit.

“Not only did the NBN Co pricing announcement last week make pricing more complex, but it appears to financially disadvantage retail providers who churn customers onto 5G networks,” Rowland said.

"If this is in fact what is happening, it would be reasonable for the ACCC to take close look at what is going on."

Major NBN RSPs like TPG Telecom have made it clear this year that there are substantial savings to be had by moving NBN customers on-net onto capable 5G ‘fixed wireless’ services.

TPG said it could save $50 million a year for every 100,000 customers it migrated off the NBN, where cost-to-serve continues to rise every year.

While NBN Co has largely played down the competitive threat posed by commercial 5G services, behind the scenes it has been agitating for ways to prove its network and services are superior.

It appears the threat is being taken seriously inside NBN Co, however, with the churn condition of the ‘soft cap’ widely believed to be aimed at causing RSPs with cellular networks to think twice before starting an on-net migration.

However, that will only work if the same RSPs stand to benefit financially from the ‘soft cap’; and Aussie Broadband’s generic modelling shows that most are unlikely to qualify anyway, and will instead see their costs rise as normal.

“It doesn’t even really stem the tide to 5G because if their usage profile is normal growth then the ‘soft cap’ doesn’t kick in, which means the churn profile is irrelevant anyway,” Britt said.

With the ‘soft cap’ appearing destined to fail, RSPs are pushing hard for tangible relief from CVC charges as the NBN pricing consultation progresses.

Britt said the “easiest thing for NBN Co to implement is just to take the inclusions on the high-speed tiers and ramp them up considerably.”

He has previously sought substantial increases in the amount of CVC that comes bundled with each NBN service, far above the miniscule increases that NBN Co offers.

“If you [add CVC] to the higher speed tiers, that will create a natural market move because effectively there’ll be a disincentive to leave people on 50Mbps and so the market will then move people towards 100Mbps and above because they get greater inclusions.

“That will achieve NBN Co’s outcome of higher ARPUs but keep the industry essentially insulated [from excess CVC charges] for a period of time.

“When I’m talking about raised inclusions, I’m not talking 500Kbps or something. I’m saying a 3-4Mbps increase.”

Longer term, the ACCC now has a process and an option to tear up NBN Co’s current pricing model and start from scratch.

That could produce a favourable outcome, but it could also take a long time, leaving RSPs waiting years for relief, unless a shorter-term solution is found.

“The ACCC intervention is incredibly welcome but they’re naturally going to be methodical and take time, probably up to two years, to do this,” Britt said.

“We need to bridge the gap between now and then.

“This isn’t just an Aussie Broadband issue. This is an industry issue.”