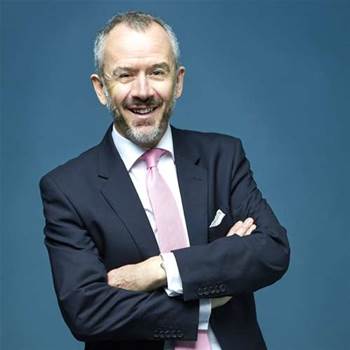 NBN's proposed changes to its pricing structure for retail service providers won't address long-held complaints about the costs involved in purchasing bandwidth in the Netflix era, according to Optus.

The telco's head of corporate and regulatory affairs David Epstein today told the CommsDay conference while it was pleasing to see NBN address the heated issue, the changes were not substantial enough.

NBN today revealed it would overhaul its pricing for connectivity virtual circuit (CVC), the expensive fees retail service providers such as Optus are charged to access bandwidth on the NBN.

The network builder will trial a dimension-based pricing model for the next two years, which will introduce tiers for CVC charges based on usage, with fees dropping as purchased bandwidth increases.

It replaces a model that saw RSPs charged a base rate of $17.50, which increased as more bandwidth was bought.

The new approach is a response to long-time complaints from RSPs that the model discouraged usage of the NBN, and was uneconomic in the era of streaming services.

Epstein today said despite the changes, CVC charges remained the biggest obstacle to the NBN delivering on its promise.

"This is because of the Netflix effect," Epstein said.

"What is unfolding is an intersection of a change in customer behaviour and the product economics of the NBN."

Epstein said according to statistics from IP TV provider Fetch, almost 2 million households subscribed to streaming services as of last December, which had had a "significant impact" on household broadband usage.

"Those 2 million households are consuming 20-30 hours of streaming a content a month... and it's rising," he said.

Dramatic changes to the demands on network capacity resulting from this increase in streaming popularity mean telcos now have to be able to cope with much higher concurrent usage, Epstein said.

Over the last 18 months, he said, Australian telcos had seen a threefold increase in concurrent demand on networks during the evening peak.

"What we're now facing is the challenge of moving from the old internet model," Epstein said.

"And the old NBN business model is very much based on the old internet models of browsing patterns. It was not designed for streaming patterns and the sorts of consumption cycles we are seeing today.

"To keep up with demand load on networks, RSPs clearly need to buy more CVC capacity. But this is where we hit the roadblock in the form of the NBN's CVC pricing regime."

Neither the old model nor the proposed changes have kept up with changing customer behaviour, Epstein said, arguing that even with the planned modifications, CVC pricing encouraged "mediocrity".

"The CVC pricing construct effectively drives RSPs to reduce end user costs by provisioning their networks to achieve a minimum level of acceptable speed through the peak period, rather than to maximise peak throughput," he said.

The problems would only get worse as the NBN reaches scale and critical customer mass, he argued.

Epstein said while on the face of it, the answer was simple - RSPs should just buy more capacity - the NBN depended on more people using the network more often, which required affordability for end users.

A different approach needed to be considered, Epstein said, suggesting a first step could be reviewing the long-term impact of the industry average model used for the new dimension-based pricing structure after a certain period of time.

NBN has opted to base its new fee structure on average usage across its entire retail service provider base, but has said it could move to tailored pricing for individual RSPs in the future.

"Clearly it can't be done overnight, it will take some time to achieve a fundamental readjustment of the NBN's business model," Epstein said.

"[And] this might require some short term revenue loss. But over the longer term the NBN is more likely to benefit from customers being more likely to use the infrastructure to full effect."