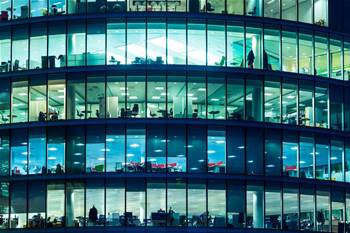 ACCC to examine costs in a separate inquiry.

NBN Co will face questions over the way it finances its enterprise business in “early 2021” with the competition watchdog set to open an inquiry into the matter.

The Australian Competition and Consumer Commission (ACCC) revealed the transparency probe in documents this week, after a year of calls for such a process to start.

The ACCC first took an interest in the issue of whether NBN Co uses income from its regulated activities - supplying residential broadband - to subsidise its entry into the enterprise and government market in early 2020.

This was followed in April by calls from Telstra for NBN Co to provide a full breakdown of its costs, and then in June by the ACCC reconfirming its interest in the issue.

One of the sticking points for the ACCC throughout 2020 was the appropriate forum to probe NBN Co’s enterprise play.

Though the commission conducts an annual review of NBN Co’s expenditure, it has not been keen to investigate NBN Co’s enterprise play through this process.

It has now confirmed it will run an entirely separate inquiry early in 2021.

“We will consider whether additional transparency would be required to ensure competitive neutrality in the enterprise segment of the market and, if so, what a suitable approach would be for implementing required measures,” the ACCC said this week. [pdf]

“We will contact industry participants and other stakeholders shortly with a view to commencing discussions in early 2021.

“We propose to undertake a separate process for consideration of this matter.”

While NBN Co has largely calmed what was once fierce industry opposition to its entry into the enterprise and government space, there remains suspicion that it “may be cross-subsidising its enterprise services from its residential and small business areas” - and insufficient data to prove or disprove that.

The trigger for the investigative action appears to have been a recent announcement to further expand the reach of NBN enterprise services across Australia.

The ACCC said that while NBN Co’s entry into the enterprise market is "likely to increase competition and put downward pressure on prices ...it is important that NBN Co remains competitively neutral in that segment of the market in order to facilitate efficient investment in the long term."